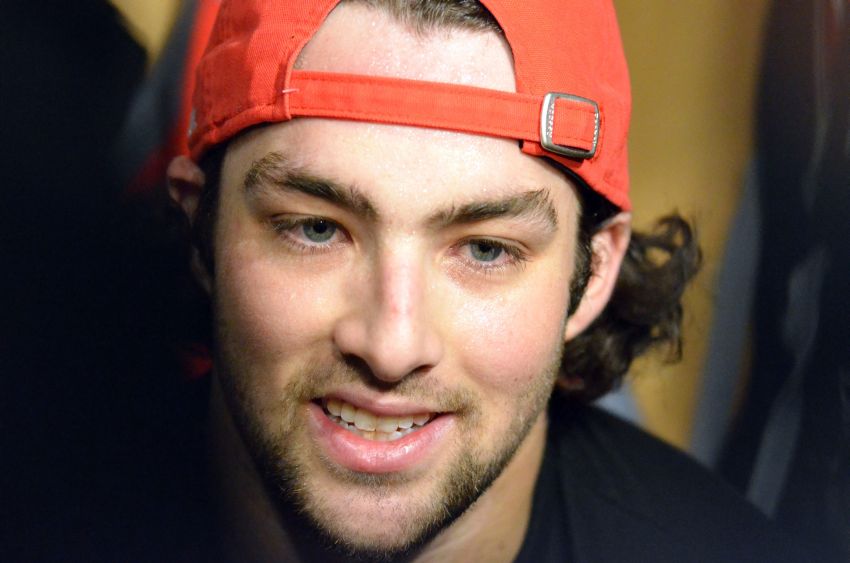 Hey, winger Cory Conacher might fit in pretty well in Buffalo. The 24-year-old Canisius product has four goals and 20 points in 59 games this season. Only five Sabres have more points.

The Ottawa Senators waived Conacher today, immediately igniting speculation the Sabres, who have the first claim thanks to their 30th overall ranking, would grab him.

On the surface, it seems like a natural fit. Conacher’s the most decorated local NCAA product ever. He’s from nearby Burlington, about an hour across the Ontario border.

But do the Sabres really need another underachieving forward?

Conacher has six goals and 25 points in 71 games since the Senators acquired him last season from Tampa Bay for Ben Bishop, who’s quietly blossomed into a first-rate goalie this season.

Yes, the Sabres grabbed forwards Matt D’Agostini and Zenon Konopka off waivers earlier this season. But Pat LaFontaine, the former president of hockey operations, made those moves.

Update: I just chatted with Todd Reynolds, Conacher’s agent. While he hasn’t spoken to the Sabres, he wouldn’t be surprised if they made a claim.

Given the connections – Murray was recently in Ottawa’s front office and director of pro scouting Jon Christiano is a Canisius graduate – Reynolds thinks it makes sense.

Reynolds said he doesn’t expect Conacher to clear and he has already spoken to other teams.