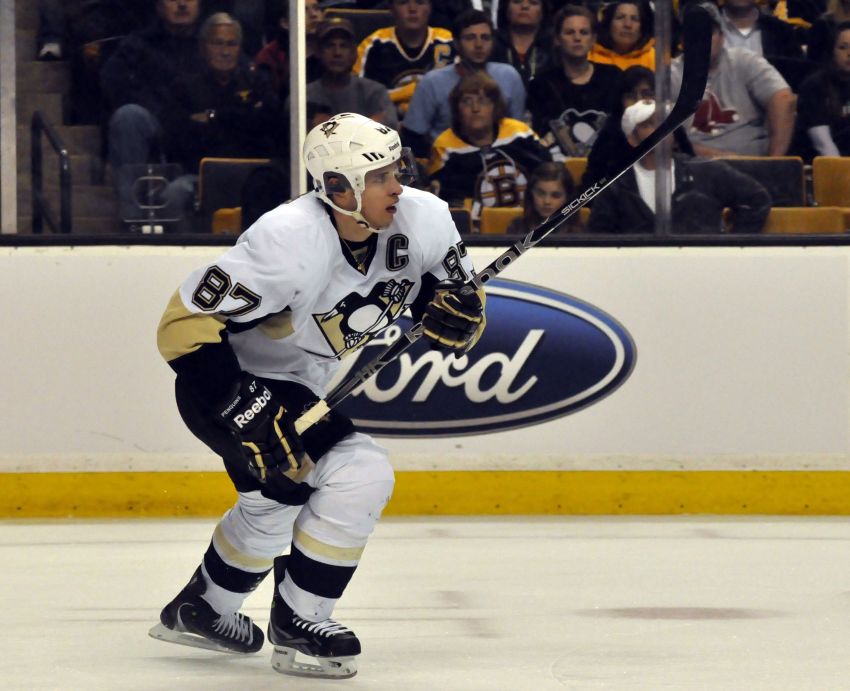 BUFFALO – With three straight pointless games entering this afternoon’s tilt against the Pittsburgh Penguins, Sabres superstar Thomas Vanek is struggling a bit for the first time this season.

“I’m pretty aware of how consistent he’s been,” Crosby said Saturday after the Penguins prepared for the Sabres inside the First Niagara Center.

Sabres defenseman Andrej Sekera, who left Friday’s 4-2 win over Boston after suffering a charley horse midway through the third period, will likely be out today.

Afternoon games are becoming regular for the Sabres. They’ve already played four of the nine on their 48-game schedule.

Ruff, whose Sabres are playing on NBC today as part of “Hockey Day in America,” recalling what the team’s legendary trainer said to the Sabres’ other Americans in the early 1980s: “Frank Christie, who was one of the greatest, used to tell (Phil) Housley and (Mike) Ramsey, ‘You know, us Americans got to stick together.’”

The Sabres have seven Americans on the roster now.

Notes: The Bruins have allowed eight third-period goals all season. Seven have come against the Sabres. … Ruff moved assistant coach Teppo Numminen, a former defenseman, behind the bench Friday, something he had tried once earlier. “Part of it was we went with a little different game plan,” Ruff said. “I wanted him to be able to talk to players after shifts.”