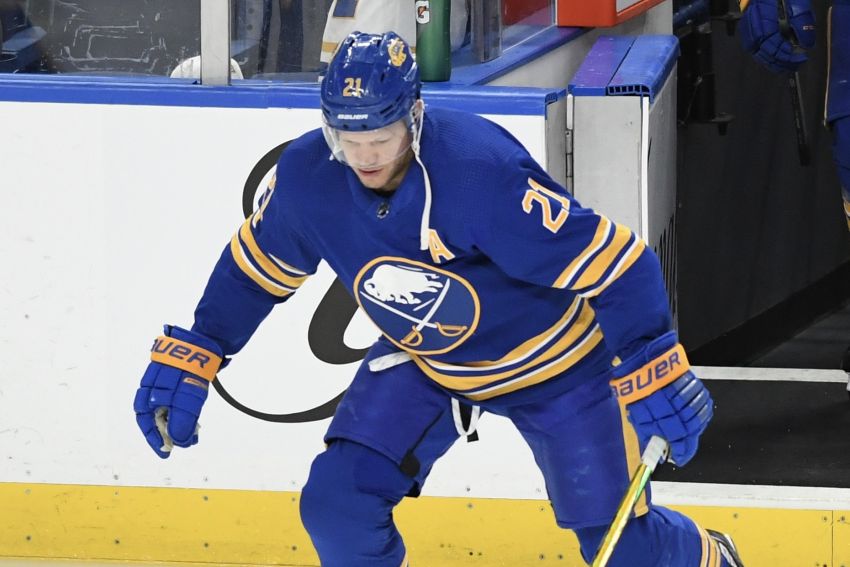 BUFFALO – The Sabres’ decision to forego naming a captain this season and use veterans Kyle Okposo and Zemgus Girgensons as alternates paid dividends.

The rebuilding team quickly came together, and players have expressed the dynamic in the dressing room allows everyone to be themselves.

“When you look at this season, we wanted to be careful to put too much on one guy, especially as we were building and transitioning into this phase,” Adams said Tuesday during his end-of-season news conference at KeyBank Center. “But we wanted to make sure we gave the young guys a voice and let them have their time to learn and be comfortable in the locker room.

“And just because you don’t have a letter doesn’t mean you can’t be a leader and can’t speak up. That’s what those guys in that room had established, that anyone can say anything when they feel it’s the right time.”

The Sabres, of course, took notable steps this season, compiling a 16-9-3 record after March 1, their most significant two-month stretch in more than a decade.

So will the Sabres utilize Okposo and Girgensons as alternates again next season or name a captain? Coach Don Granato acknowledged he and Adams have talked about awarding the ‘C.’

“That’s obviously something we’re hypersensitive to in the positions we’re in,” Granato said. “We feel that we have incredible leadership and we’re in a really good position.”

Over the course of the season, some of the Sabres’ youngsters – defenseman Rasmus Dahlin, 22, and center Tage Thompson, 24, for example – emerged as leaders and strong voices. Dahlin wore a letter when Okposo, 34, or Girgensons, 28, missed a game.

It seems Okposo, who enjoyed a terrific 21-goal season, would be the leading candidate to earn the captaincy.

“We’re excited. We feel we have a really good now group of leaders. And we also have younger leaders that can be themselves regardless of actually being an assistant or a captain and have a voice, and that’s powerful.”

One thought on “What will Sabres do with captaincy next season?”