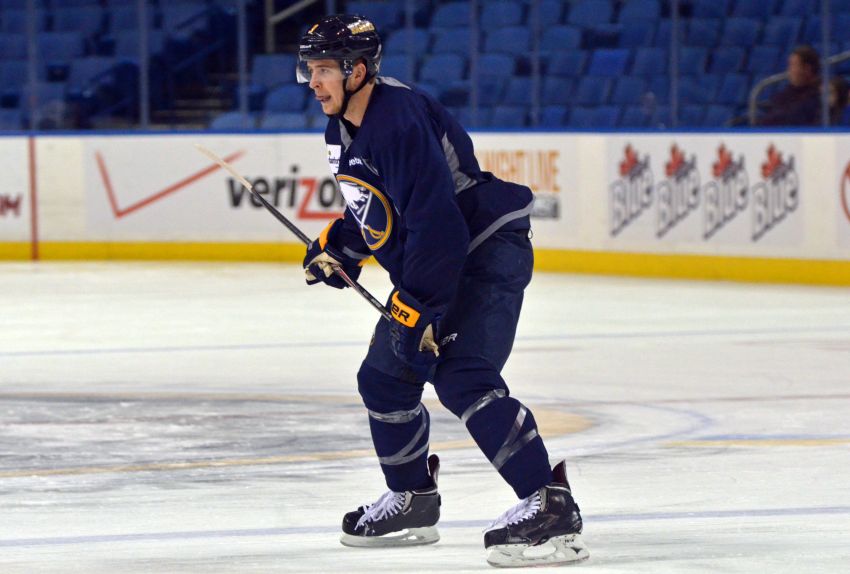 BUFFALO – The flu bug is going around the Sabres, so several players couldn’t even get to the rink this morning, interim coach Ted Nolan said.

It’s unclear what the lineup will look like tonight against the Phoenix Coyotes inside the First Niagara Center.

“We’re hoping that they’re ready to go,” Nolan said. “Four or five called in this morning and said they couldn’t make it out of bed. So we’re hoping by game time they’ll feel a little bit better.”

He added: “We know for sure there’s probably a couple that won’t make it.”

The Sabres had a practice scheduled for Sunday, but Nolan canceled it with so many players ill.

Update: Foligno, Omark, Sulzer and Marcus Foligno are out tonight. Tough guy John Scott is in after three healthy scratches. The Sabres will dress only 10 forwards.

In other lineup news, as expected, defenseman Mark Pysyk is back from Rochester. The Sabres have also recalled forward Johan Larsson. Both rookies will play tonight, Nolan said.

Defenseman Chad Ruhwedel has been sent back to the AHL.

Nolan said the Sabres recalled Larsson, who was sent down last month, because he’s been competing hard.

What did the Sabres tell him they wanted?

“Just consistency,” Pysyk said. “You have to be more consistent to stay here and get a little bit strong on the puck and stronger on my skates.”

In injury news, Nolan said the status of forward Kevin Porter, who left Saturday’s 4-1 loss in Boston after getting hit along the boards, will be announced soon. Porter has been placed on injured reserve.