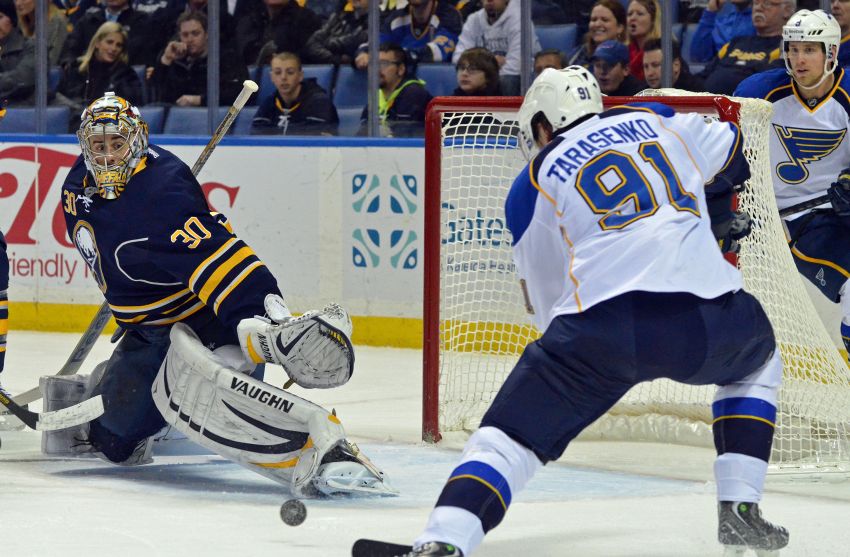 BUFFALO – This was going to be a fun one, right? Tyler Ennis scored 10 seconds into Tuesday’s tilt against the St. Louis Blues. The Sabres, so vile most of the season, have finally started competing and generating some excitement under interim coach Ted Nolan.

Ennis’ goal wound up being the Sabres’ lone highlight in a boring 4-1 loss before 17,710 fans inside the First Niagara Center.

“It’s kind of another learning curve, right?” Ennis said. “We learned to start hard, and we did. We scored. We didn’t sustain it.”

Brenden Morrow tied it at 1:09. Then Vladimir Tarsensko’s power-play goal late in the first period with Ennis sitting in the penalty box put the veteran Blues, a Western Conference heavyweight, up.

“I think our youth really showed tonight,” said Nolan, who’s 1-2 as coach. “This is one of the better teams in the National Hockey League.”

And one of the stingiest and most disciplined.

“You could tell the difference between some of the younger players we have and some of the more mature players they have,” Nolan said. “So it’s just part of maturing.”

Nolan added: “Sometimes when you play a team like this and understanding what it takes to win, and we got a good lesson tonight.”

Ennis endured a difficult night despite scoring for the second straight game.

“I score right away, and then I take two penalties and I get (ticked) off,” Ennis said.

Opponents have outscored the Sabres 31-4 during the first period this season. Incredibly, they haven’t held a lead after the opening 20 minutes yet.