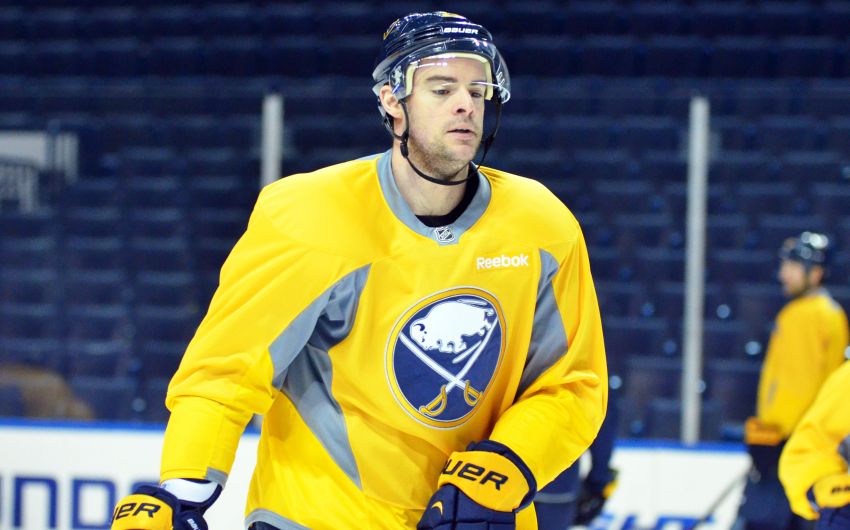 With 48 points, both clubs lead the 10th-place Sabres by four. A regulation loss tonight eliminates them from postseason contention.

“We just got to win out,” Sabres winger John Scott said this morning inside the First Niagara Center. “We got to do what we can control. I think if we win out, we should be in good shape.”

Four games remain. The Sabres, winners of three straight contests and six of eight, have four three-game winning streaks this season. They haven’t hit four, however.

“It’s daunting. It’s exciting. It’s kind of like a challenge,” Scott said. “I think it’s a good thing, a little bit of pressure hopefully brings out the best in people. … I think we got a chance.”

Don’t count out the Sabres yet. They’ve kept winning after trading three respected veterans earlier this month. They’re 3-0 since Montreal shellacked them 5-1 here last Thursday, an embarrassing defeat that seemed to end their season.

“I think it’s just a testament to the character in this room,” Sabres winger Drew Stafford said. “We have the leadership core that we have here. Some guys are obviously more outspoken than other in the last few weeks. At the same time, there’s no quit in here. The amount of character we’ve shown in here as far as sticking with it, not giving up and not giving up not matter how hard it’s gotten, how miserable it’s been around here.

“We have a chance. We’re hanging onto that, and we’re giving it all we have until the end here.”