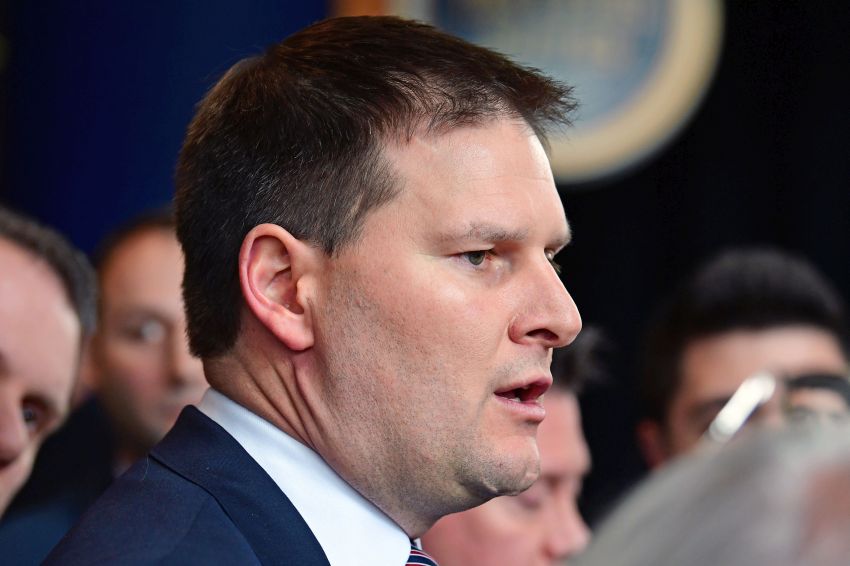 Jason Botterill was hired as GM on May 11. ©2017, Hickling Images, Olean Times Herald

More than two months after it was first reported Antipin would leave the KHL for the NHL, the Sabres signed the 24-year-old to a one-year, entry-level contract today.

“Victor is a well-rounded defenseman who has played in all situations at the pro level,” Sabres general manager Jason Botterill said in a statement. “His mobility and puck-moving skills make him a perfect match for what we’re hoping to build with our defense corps next season.”

The 5-foot-11, 179-pound Antipin compiled six goals and 24 points in 59 games this season, his fifth KHL campaign. The native of Ust-Kamenogorsk, Kazakhstan, added seven goals – the most among defensemen – and 11 points in 18 playoff contests.

Antipin, a left-handed shot, has never played in North America. He terminated his contract with Metallurg Magnitogorsk earlier this month.

It was first reported in mid-March, before the Sabres fired GM Tim Murray, Antipin would join Buffalo. Antipin is Botterill’s first signing as GM.

In other news, former Sabres captain Steve Ott has retired to become an assistant coach with the St. Louis Blues. The 34-year-old spent last season with the Detroit Red Wings and Montreal Canadiens.

One thought on “Sabres sign Victor Antipin to bolster defense”