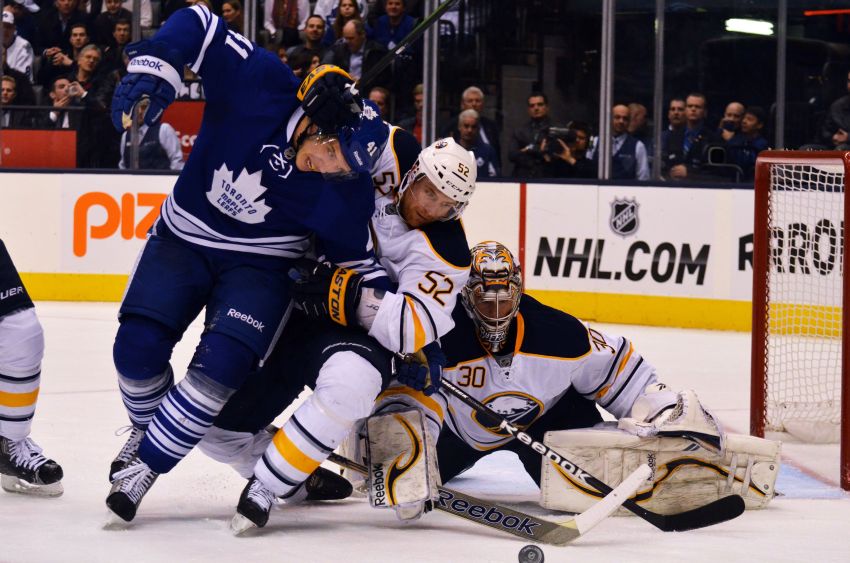 BUFFALO – Right now, the belief among the reeling, 15th-place Sabres is low. With very few positives to build on during their four-game losing streak, the Sabres are simply hoping to win games, interim coach Ron Rolston said this morning.

Through his five days as coach, Rolston has been hands-on during practices, bringing players together and instructing. Pace – not just team speed but doing everything quickly – has been a big message from Rolston.

“Not only is it how you can skate, but how you move the puck and how clean you are moving the puck and where your support is moving the puck,” Rolston said. “So there’s a lot of elements to a team being a fast team, and right now we’re not in that realm in terms of we need to be much faster.”

Meanwhile, leading scorer Thomas Vanek, who sat out this morning’s practice due to soreness, will play Tuesday in Tampa Bay, the start of a two-game Florida trip.

“Obviously, he’s playing a lot of minutes, and just the normal bangs,” Rolston said. “He got in that collision with Joe Finley (Saturday), and just more soreness than anything.”

“They’re still in the evaluation process right now,” Rolston said, “and I haven’t gotten a final on it.”

With Sulzer out Tuesday, the Sabres summoned defenseman Adam Pardy from Rochester this morning. Rolston believes Sulzer was placed on injured reserve.

Pardy played one NHL game earlier this year and had been performing well for Rolston’s Americans recently.

“He just gave us a lot of presence down there,” Rolston said. “Big body, good positionally and just really calmed the game down for us, because we’re pretty young in Rochester on the blue line.”

One thought on “Sabres’ Rolston: ‘We’re still hoping’ to win”