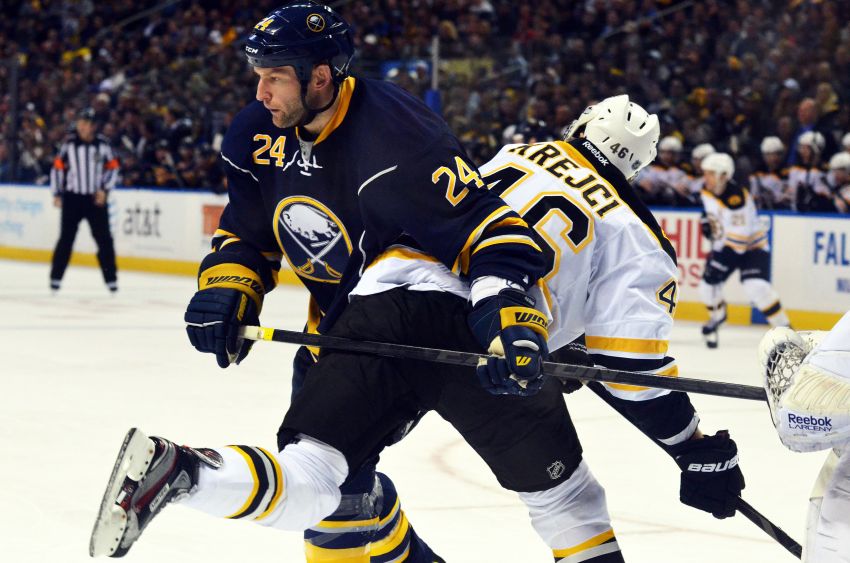 BUFFALO – Robyn Regehr was simply enjoying a maintenance day from practice this morning. The Sabres defenseman, the subject of trade speculation with Wednesday’s deadline approaching, hasn’t waived his no-trade clause, he said.

Regehr said the media would have to ask general manager Darcy Regier about the plans for his team.

“From there I think we can make our decision,” Regehr said this afternoon inside the First Niagara Center.

Regehr couldn’t “say yes or no right now” about waiving his no-trade clause, something he ditched to come to the Sabres from Calgary in 2011. The 32-year-old, an unrestricted free agent following the season, would “have to see the situation.”

Assuming he’s still with the team, Regehr should play Tuesday in Pittsburgh against the Penguins. So should sore winger Steve Ott, who sat out practice after Boston’s Zdeno Chara knocked him into the boards Sunday.

Winger Ville Leino (muscle strain) didn’t skate today and will be evaluated this afternoon. The injury isn’t related to the hip problem that sidelined Leino much of the season, Rolston said.