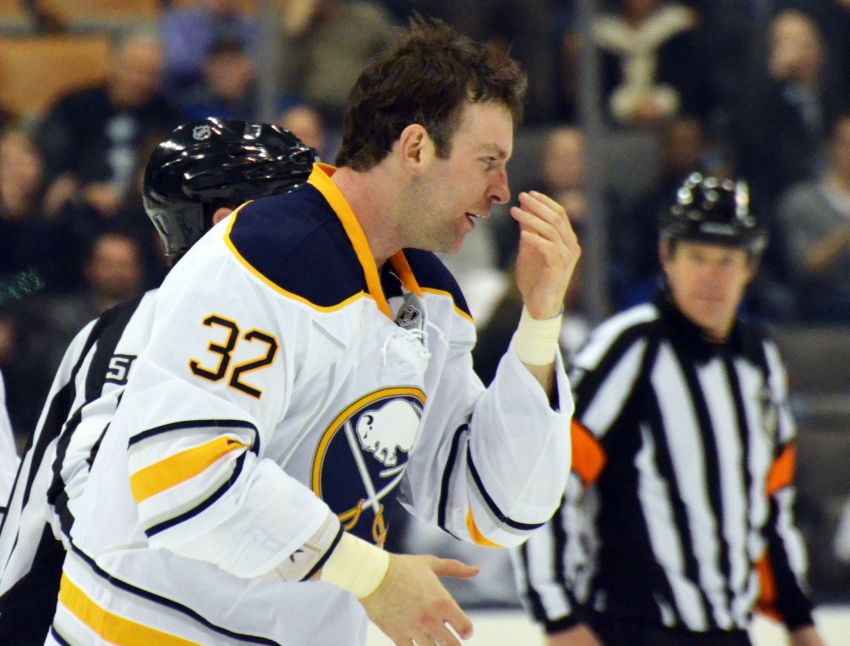 BUFFALO – The Sabres have re-signed tough guy John Scott to a one-year contract extension, the club announced this morning.

The 30-year-old, the Sabres’ first designated fighter in years, impressed this season, quickly becoming a local folk hero because of his hulking stature (6-foot-8 and 270 pounds) and fun personality.

Scott defeated Boston bruiser Shawn Thornton handily in late January, sending a message the Sabres wouldn’t be bullied. He fought seven times in 34 games, only getting scratched 14 times. He played only 35 games in 2011-12 during a full 82-game schedule.

While the heavyweight didn’t record a point with his 69 penalty minutes, he promised he would score a goal after earning a regular shift late in the campaign.

That will have to wait until next season.

The Sabres originally signed Scott as a free agent July 1.

Related: Sabres tough guy Scott earning regular shift, says he will score rare goal: ‘I’ll get one, for sure’