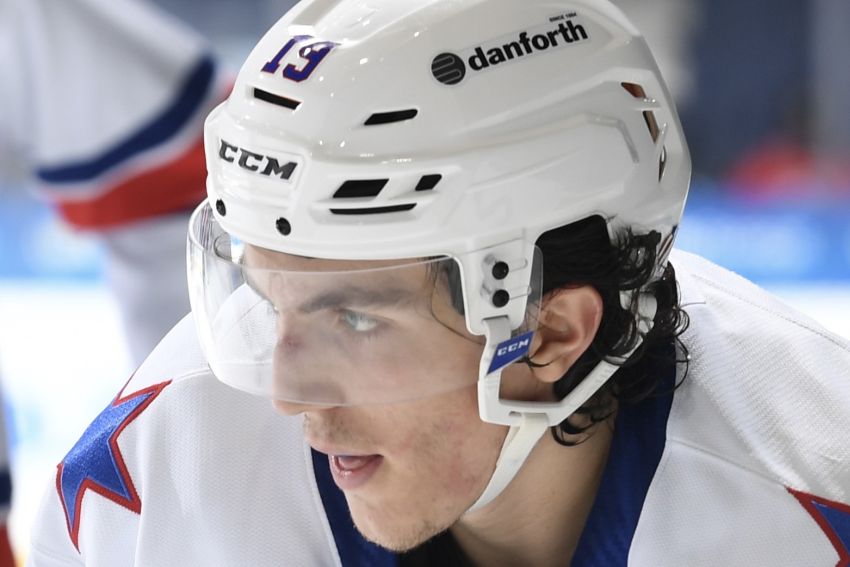 For four days, coach Don Granato said the Buffalo Sabres have been hoping center Peyton Krebs can test out of the NHL’s COVID-19 protocol.

“It’s one of those unpredictable things,” Granato said on a Zoom call this afternoon from Nashville, where the Sabres play the Predators tonight. “So he’s doing what he can. Obviously, he has to stay isolated … and keep himself in condition. But the longer he’s out, the longer it’s going to take him to get back into condition. …

“When he does get cleared, he’s ready to jump on the ice and push it hard.”

Krebs, 20, has missed two games. The rookie has recorded one assist in three outings since the Sabres recalled him from the Rochester Americans.

While Krebs is waiting, wingers Kyle Okposo and Alex Tuch, both of whom left protocol earlier this week, will return tonight following a two-game absence. Neither has played since Jan. 1.

“We’ll watch them, see how they’re feeling,” Granato said of their ice time. “You can see just by their posture whether they have the strength and stamina.”

In other lineup news, Granato said goalie Aaron Dell will start tonight, his first appearance with the Sabres since Dec. 4.

Granato also said defenseman Robert Hagg will return tonight after a lower-body injury sidelined him seven games. He said winger Brett Murray and defenseman Will Butcher will be scratched.

Update: The Sabres have officially activated Okposo and Tuch from protocol and assigned Murray to the taxi squad.