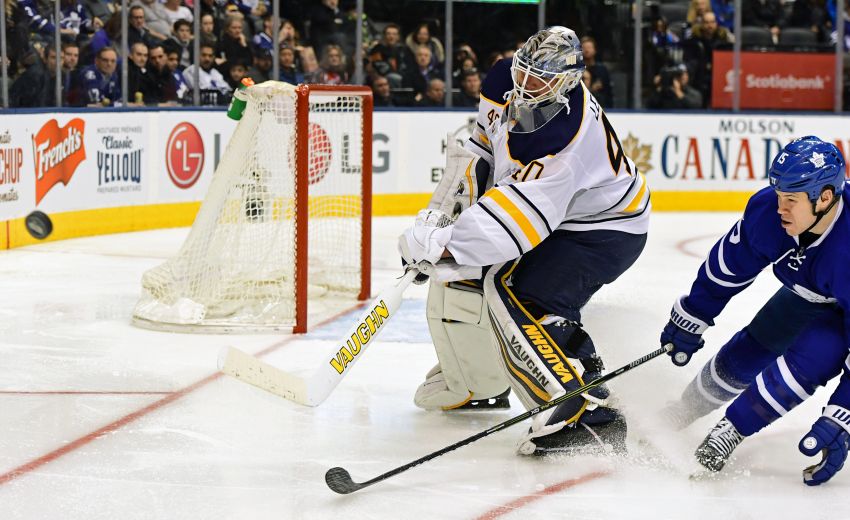 BUFFALO – Instead of using backup Anders Nilsson, who has a 7-1-1 home record, the Sabres will start No. 1 goalie Robin Lehner for the second straight night.

“Been looking for this opportunity to give Robin a bigger workload,” coach Dan Bylsma said this morning inside KeyBank Center, where the Sabres host the Vancouver Canucks. “He’s getting an opportunity tonight.”

Lehner looked sturdy throughout Saturday’s 3-1 win in Toronto, making a season-high 43 saves. The Swede has faced at least 35 shots in in straight appearances. Opponents have pumped 43 or more shots on him three times in that stretch.

Given Nilsson’s home exploits – Lehner is 6-8-3 at home – and the Sabres’ stretch of six games in days, resting him seemed likely.

The Sabres also play Tuesday in Ottawa. Lehner always plays against the Senators, his former team.

This will be the second time this season Lehner has started games on consecutive days. He also played Jan. 16-17.

After Saturday’s win over the Maple Leafs, the Sabres stayed off the ice this morning and held a team meeting.

With 56 points, the seventh-place Sabres trail Boston by six for the Atlantic Division’s final playoff spot and Toronto by five for the wild card.

“We got a huge game and a huge chance to gain two more points and get on kind a role here, which we need to get on to get us back into the mix,” Bylsma said.

“He usually does it against Swedes, and we got two of them tonight,” Bylsma joked.

Bylsma, of course, was referring to Vancouver’s Daniel and Henrik Sedin.

One thought on “Sabres goalie Robin Lehner to start against Canucks”