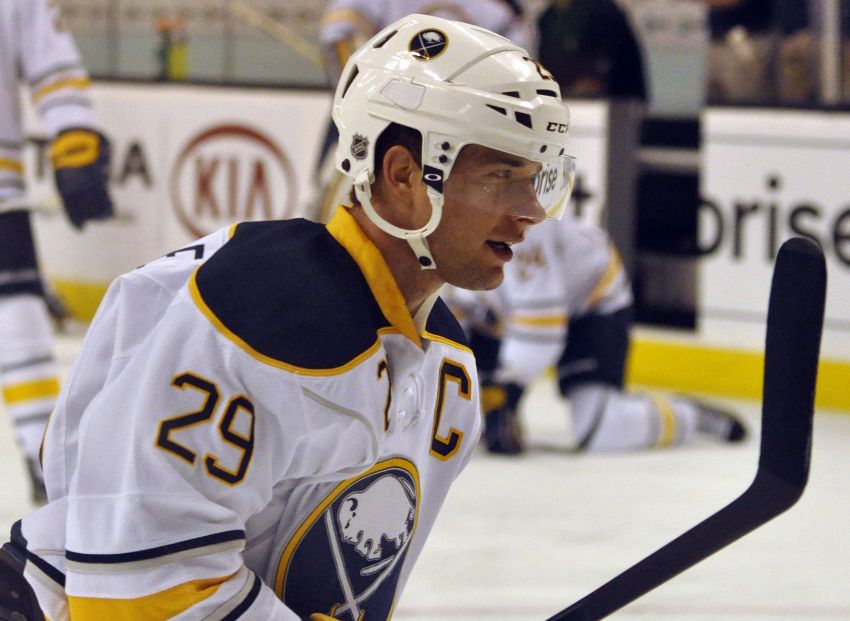 AMHERST – Buffalo Sabres captain Jason Pominville’s heading to the Mannheim Eagles of the DEL in Germany to play during the NHL lockout, he told the Times Herald today.

“If it does get settled quick, then I’ll be able to skate for a few weeks, a month – whatever it is,” Pominville said after skating inside the Northtown Center. “It’ll be a mini training camp. And if not, I’ll have a team for the rest of the season. I think it’s a move I wanted to do. I just want to play.”

He’s the ninth Sabre to go overseas during the 76-day work stoppage.

“We’ve been kind of in talks for a little while,” Pominville said.

Pominville, who turns 30 years old today, expressed an interest in playing overseas in September. All along, he told his agent he wanted to join Mannheim, one of the DEL’s best teams, because his childhood friend growing up in Quebec, Yanick Lehoux, plays for the Eagles.

Former Sabres forward Jochen Hecht, who’s working out at the Northtown Center, has a standing offer to rejoin the Eagles, his hometown team he previously played five seasons with. Former Sabres defenseman Doug Janik’s also on the team.

“I think it’s one of the best European leagues definitely out there,” Pominville said. “For me, since the start, it’s the team I told my agent I wanted to go to. It’s a team my family felt comfortable going to because we know my friend that plays there. We know that maybe eventually Jochen will be there. We’ll be living close to our friends. That’s the good part about it.”

Pominville plans to leave with his wife and two children Monday.

Two other Sabres – defensemen Christian Ehrhoff and Alexander Sulzer – play for DEL clubs in their native Germany. Ehrhoff joined the Krefeld Penguins early during the lockout. Sulzer signed with ERC Ingolstadt in October.