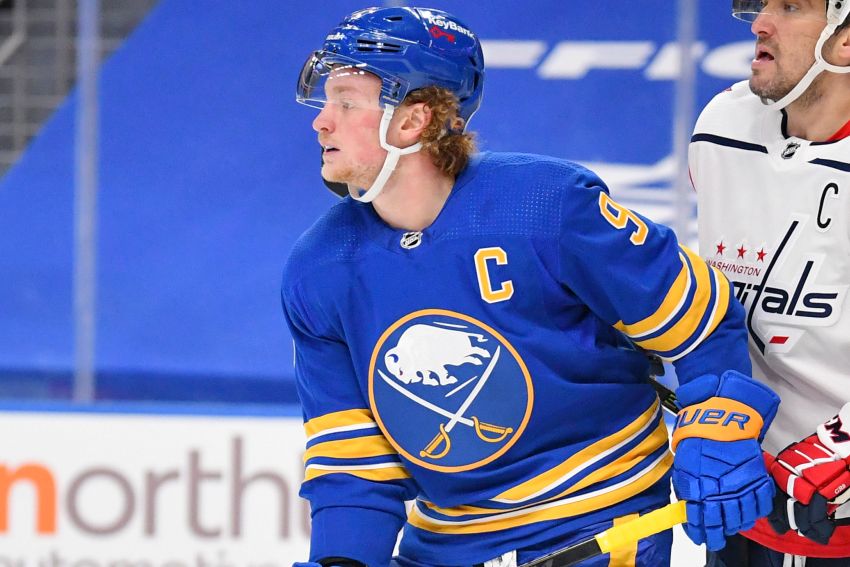 Perhaps the disc would move enough over time and Eichel could be cleared to play. But when the center was examined last week, Adams said the injury showed only “slight improvements.”

“There still wasn’t a comfort from anyone it was the right time to jump back into the lineup,” Adams said on a Zoom call Thursday to discuss the hiring of Jason Karmanos as associate GM.

So after conducting a conference call with Eichel, his agents and doctors, the Sabres announced Wednesday that his season was over.

“Just a number of people to discuss the situation, make sure we were all on the same page and all openly, honestly speaking for next steps,” Adams said. “And the next steps were to shut Jack down for this season, continue to do his rehab and then we will re-examine him early into May and see where we are then and appropriate next steps will happen.”

“We all want him back on the ice 100% healthy and we all feel that that will happen at the start of training camp next year,” Adams said.

Eichel compiled two goals, 18 points and a minus-9 rating in 21 games this season.