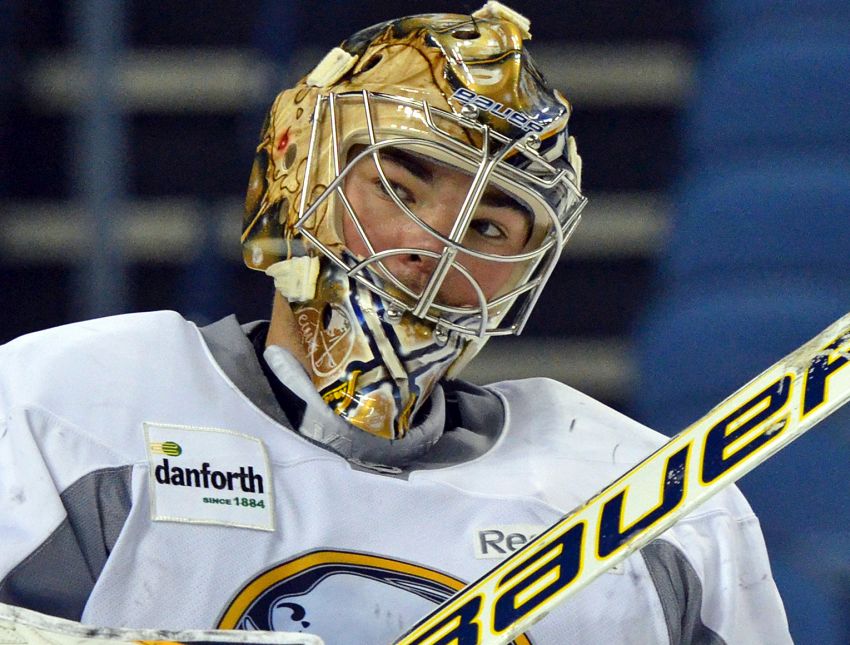 TORONTO – It turns out that nice win three days earlier was an anomaly. The hapless Buffalo Sabres reverted back into a laughingstock in Tuesday’s embarrassing 4-0 loss to the Maple Leafs, getting thoroughly dominated throughout their eighth loss in 10 tries this season.

How ugly was Buffalo’s effort?

“I don’t know who we think we are, what kind of team we think we are, what we’ve accomplished to be playing like that,” Sabres defenseman Josh Gorges said. “We haven’t done nothing to be out there playing a cute game. We don’t deserve to play a cute game, and until we figure out that we have to work and scratch and claw and dig in order to give ourselves a chance to win, then we’re going to have nights like this.”

The Sabres have 10 goals all season and have already been blanked four times! They somehow beat the Sharks 2-1 in San Jose on Saturday. That win, their only regulation triumph in the last 22 contests, feels like a distant memory.

“Sometimes if your feet ain’t moving, at least your brain should be thinking a little bit, and tonight we had neither,” Sabres coach Ted Nolan said about Tuesday’s wretched performance.

Gorges said believes each player must look at himself.

Gorges couldn’t explain what it was like to play in a game so lopsided.

“I wish I could give you something,” he said. “That’s embarrassing.”

The stress of constant losing is clearly starting to wear on Nolan. He compared the Sabres to a peewee team following a 5-1 loss to Anaheim on Oct. 13. Nolan has chosen his words more carefully since then.

After a long wait Tuesday, he walked into a hallway outside the dressing room inside the Air Canada Centre and showed little emotion.

He added: “We’re the type of team, if we have no work and we have no effort, I don’t care what type of system you play in the world. The two main ingredients are work and effort, and we didn’t have neither of them.”

“That’s a word they used,” he said about the players.

Miraculously, despite being outshot 17-4 in the first period, the Sabres stayed in the game. Neuvirth dazzled for almost 40 minutes, stopping Toronto’s first 28 shots before Tyler Bozak scored a power-play goal with 50 seconds left in the second period.

“If we could’ve gone into the locker room tied 0-0, it would’ve been a different story out there,” Neuvirth said.

Then Phil Kessel scored on the Leafs’ 30th shot, a fluky goal from behind the net 4:18 into the third period.

The Sabres were cooked.

“Our goalie was outstanding for us, gave us a chance up until the third period,” Gorges said. “We didn’t respond, and that’s by far not good enough.”

Bernier acknowledged it was probably his easiest shutout ever. The Sabres’ previous record-low shot total, 11, came Dec. 3, 1981 in Boston.

The current team might be worse than the one that finished 30th overall last year.

“We can talk about it all we want,” Sabres defenseman Tyler Myers said. “After games we can have as many meetings as we want. Until we, as a group, make up our minds we’re going to play a certain way, we have to play to be competitive in every game, it’s just not going to work.”