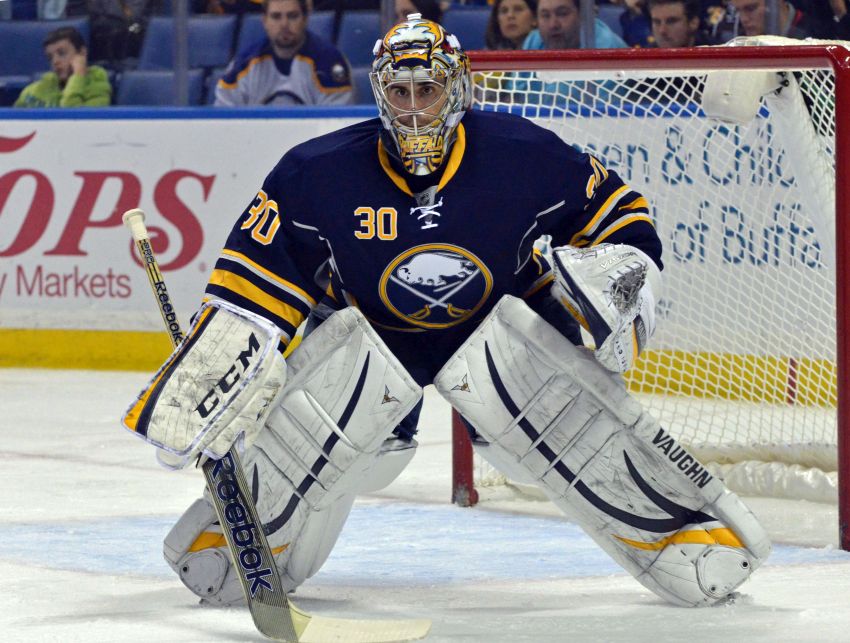 Ryan Miller felt he owed something to Buffalo. Having arrived as a 22-year-old fresh out of Michigan State, the ex-Sabres goalie experienced a lot of firsts in the city.

“Buffalo is always going to have a big part of my heart,” an emotional Miller said on a Zoom call Thursday to announce his retirement at the conclusion of this season. “I feel like I really grew up there.”

So Miller, the Sabres’ all-time wins leader, said he “wanted to do right by the fans.” Buffalo offered him special things – a career and a place to live and grow – so he repaid it by becoming an active member of the community through his Steadfast Foundation and other endeavors.

“I felt like I was doing something I was very lucky to be doing and Buffalo was allowing me to do it, so I should be trying to make Buffalo a better place by giving my time and giving attention and sometimes giving opportunity or money to different charities which would just make the community rise up just a little bit,” said Miller, who would visit Roswell Park Cancer Institute when he played for other teams. “That would just make me feel better about what I was getting from Buffalo.”

Miller, who spent parts of 11 seasons with the Sabres, remains a popular figure in Buffalo more than seven years after he was traded.

The 2005-06 and 2006-07 Sabres teams he backstopped to the Eastern Conference final are revered. For a time, he was the best goalie in the world, winning the Vezina Trophy and nearly carrying Team USA to an Olympic gold medal in 2010.

Today, Miller, 40, is in his fourth season as a backup for the Anaheim Ducks. They have six games left, so he will likely make another appearance or two in the NHL.

“I’d like to compete to the very end and get that opportunity,” he said of playing another game.

Miller, who’s in his 18th NHL season, said he chose to make his announcement Thursday because it provided the best chance “to say a proper goodbye to the game while I had an opportunity to do it.”

“(I) talked to a lot of people who said they just let themselves kind of fade out, gave a wave goodbye on the way out the door,” he said. “I think most of those people said that they wished they took time to recognize everything and talked about it more and do it with their teammates, do it with their friends, family, fans.”

Miller and a slew of future Sabres stars started their careers together with the Rochester Americans. When they all cracked the NHL in 2005, Miller said their energy caught on with the team’s veterans and created something special.

“It all just hit at the right time,” Miller said. “Yeah, we got close (to the Stanley Cup). It will forever kind of be something where I wish we could’ve gotten over that hump, but it was very satisfying to know that we came together as a group and we played the right way. We had a great relationship with the city and we enjoyed ourselves, enjoyed our time and there’s nowhere else we’d rather be than right where we were.

He is the only player in hockey history to be named the top goalie in the NHL, AHL, NCAA and Winter Olympics.

The Sabres traded Miller to the St. Louis Blues on Feb. 28, 2014 in the midst of their first tank season. He spent a few months in St. Louis before signing a three-year contract with the Vancouver Canucks.

Miller said he would like to stay involved in hockey.

“I’d like to do something that keeps me connected in the short term,” he said. “In the long term, I want to make sure I’m taking time for myself, for my family. But I do want to get myself on a path where I can start contributing on the NHL level to player development and at some point I’d love to be in some kind of a management position where I can kind of use my experiences to craft teams at some point.”