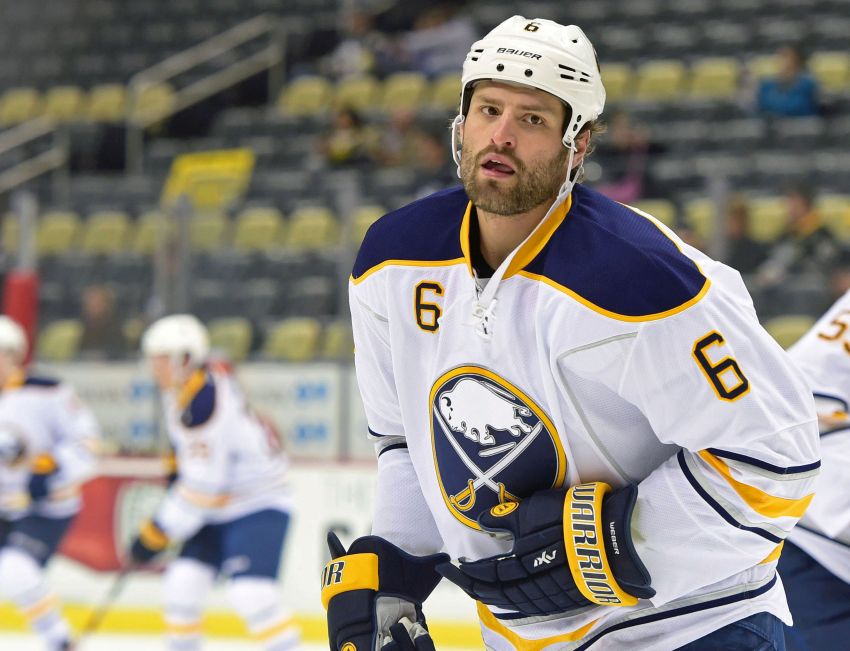 Mike Weber delayed the inevitable. The gritty former Buffalo Sabres defenseman opted for injections over surgery, endured more pain and couldn’t walk after games because he was wrapped up in so much ice.

In the end, Weber exhausted 10 more contests out of his wonky left knee before retiring, his second comeback after a serious injury last season.

Weber returned from that injury in five weeks – by then, the knee was almost bone on bone – playing one final game with the Iowa Wild, the AHL team he captained. Minnesota then summoned him to be an extra player during the playoffs.

Following the season, retirement seemed liked a logical decision for the Pittsburgh native.

Still, Weber refused to call it quits, signing this season with Frolunda HC, a Swedish Hockey League team. He had a little more to prove.

Just preparing to play was an ordeal.

When he woke up, Weber said he would have so much inflammation and swelling around his knee he would attach a stem cell unit to “fire up my quads.” He also took anti-inflammatory medicine and received injections.

Weber said simply walking and “doing normal things” became hard. Following games, he couldn’t “do the things I needed to do as a husband and a father” for his wife, Janine, and two children, Emerson and J.J.

“It came to a point where the pain was just too bad and the things I had to do on a daily basis just to be able to play, just really wasn’t worth it at that point,” the former second-round pick said.

So Weber, just weeks after his 30th birthday, quietly retired earlier this month after 603 pro games, including 351 in the NHL.

Weber, one of the most passionate Sabres in recent memory, said he ended his career with “no regrets.”

“I always pushed it,” said Weber, who’s looking at avenues to avoid having his knee replaced. “It’s who I was and what I was about, and I pushed everything to the limit, maybe sometimes a little bit too much. I was always willing to do whatever it takes.”

He added: “I always worked my (butt) off to try to make the people around me better. That’s the hard part of hanging them up.”

That mentality defined Weber’s career. He regularly played hurt. When the Sabres began unraveling four years ago, he often tried to do too much.

The Sabres’ decision to tank unnerved him. When fans cheered against the Sabres at home late in 2014-15 because a loss would secure a high draft pick, a livid Weber called them out.

To Weber, the fans’ anger at him “sticks out in positive way.” He still speaks fondly of Buffalo and identifies closely with the city.

“I prided myself on working and doing whatever it took to win,” he said. “I understood where the organization was. … I wore that sweater with (such pride) and I could bleed it. I don’t know how else to explain it.”

He added: “It wasn’t always the best of times in Buffalo, but … the greatest moment was being able to wear the Buffalo Sabres sweater for (341) games. Those are the proudest moments in my life in my profession.”

Not surprisingly, Weber wants to get into coaching. Right now, he’s at home in Ontario volunteering with his local junior team, the Windsor Spitfires. He hopes it can lead to a regular gig there or somewhere else next season.

When the Sabres traded Weber to the Washington Capitals almost two years ago, he knew his playing career would be ending. By then, he had started preparing – “You start to take the notes, you start to keep your connections,” he said – for a coaching career.

“I’m still very much in love with hockey,” Weber said. “I’ve proved a lot of people wrong. I’ve had a lot of the right people believe in me.”