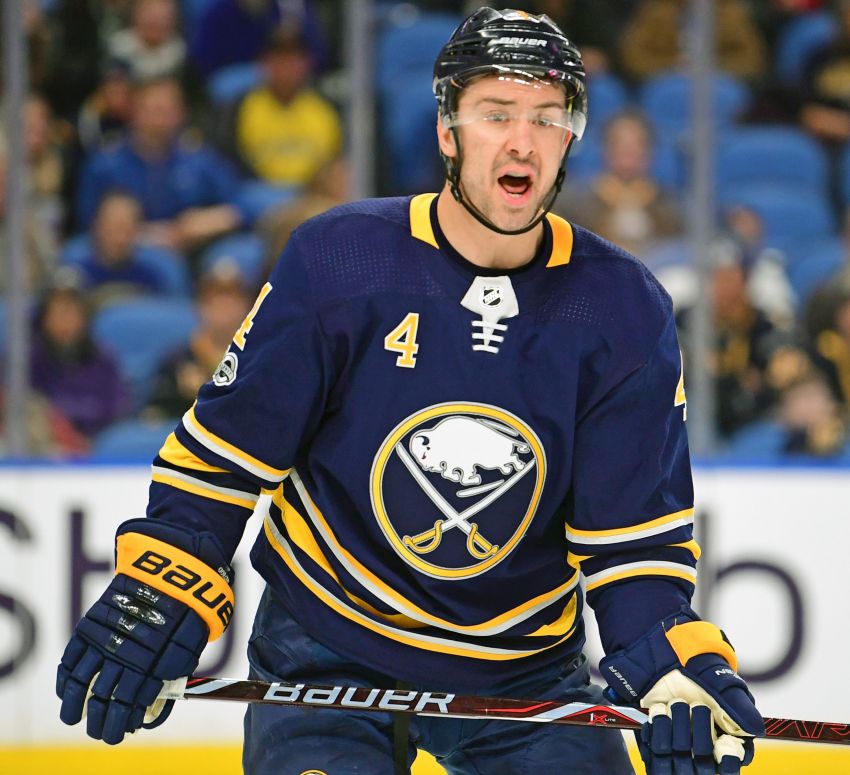 After going undrafted in 2002, the San Jose Sharks quickly awarded Gorges an entry-level contract. Buoyed by that confidence, Gorges went on a two-year tear with the Kelowna Rockets, becoming one of the Western Hockey League’s best players.

Still, Gorges, then 19, was hardly a lock to crack Team Canada’s entry at the 2004 World Junior Championship in Finland.

“God no,” Gorges said prior to Friday’s 4-2 win against the Philadelphia Flyers inside KeyBank Center.

In fact, Gorges said he was a “long shot.”

“(I was) an undrafted player, they got 10 first-rounders on D to choose from,” said a nostalgic-sounding Gorges.

Gorges said he had “no expectations” when Canada invited him to its training camp.

“You get invited, you want to go show your best to make the team because it’s Canada and the World Juniors,” he said.

Gorges impressed the decision-makers enough – he has always provided his teams heart-and-soul – to earn a spot as the seventh defenseman.

Later on, Gorges said he learned Canada planned to let him go during the final cuts.

“From my understanding, someone from the Western League who was involved with Hockey Canada who knew someone on the team said, ‘Keep him, seventh guy. Keep him,’” Gorges said. “Whoever that was, I owe a lot to, because they could’ve picked five other guys who could’ve done what I did. I was fortunate enough.”

That loaded team featured 13 youngsters already or about to be drafted in the first round, including five on defense: Shawn Belle, Brent Burns, Braydon Coburn, Dion Phaneuf and Brent Seabrook. Canada’s youngest player was a 16-year-old center named Sidney Crosby.

“Really good team,” Gorges said. “We walked our way into the final.”

Since seven defensemen could dress, Gorges played all six games. Canada won the silver medal, falling to Team USA 4-3 in the final.

Clearly, Gorges loved representing his country. The experience buoyed his career. Two years later, he was in the NHL for good. Friday was his 765th NHL game.

What advice would Gorges give to slick Sabres prospect Alexander Nylander, who will begin his third and final World Junior Championship with Sweden next week in Buffalo?

“It’s always a fun time,” Gorges said. “I think when you’re talking about junior kids the passion level, the excitement level is so heightened that go out there, have some fun, light it up, rack up a whole ton of points, have that feel that you’re an upper-echelon player, which he is.”

Based on Housley’s lines Thursday and Friday morning, it appeared newcomer Scott Wilson would return after sitting out Tuesday’s 3-0 loss to Boston as a healthy scratch.

The speedy Rodrigues skated in the warm-up before getting scratched for the first time this season.

Wilson skated at left wing beside center Johan Larsson and Jordan Nolan against the Flyers.

The Sabres made one other lineup change, inserting Gorges for rookie defenseman Victor Antipin.