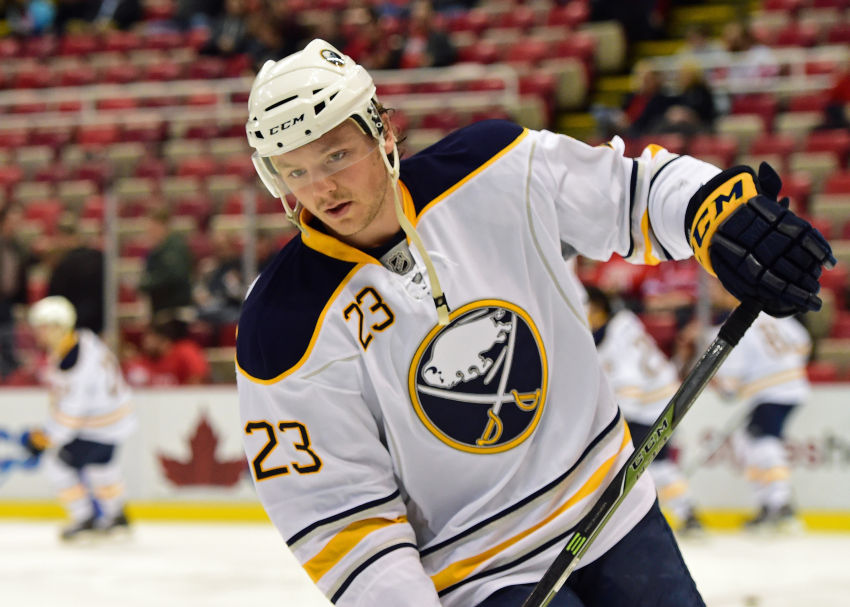 BUFFALO – Eleven months ago, on the grand stages of Montreal and Toronto, Sabres winger Sam Reinhart showcased why he’s regarded as one of hockey’s top prospects, starring for Team Canada during its run to world junior championship gold.

“I had a blast, one of the best times of my life,” Reinhart said this afternoon, shortly after it was announced Buffalo would host the tournament again in 2018.

“It’s a special tournament, especially in my country Finland, it’s getting bigger and bigger every year,” said Ristolainen, whose country will host the tournament next month.

It could be the biggest tournament yet in Buffalo, with an outdoor game reportedly planned, likely between Team USA and Canada. The site of Friday’s news conference – the 18-yard-line of Ralph Wilson Stadium, an NFL venue that hosted the 2008 Winter Classic – gave that away.

“It’ll be awesome,” Reinhart said about the tournament returning to Buffalo.

Meanwhile, goalie Robin Lehner, out since suffering a high-ankle sprain opening night, has “gone through a good period through the last little bit where he has progressed and is doing much better.”

Lehner has a stall in the dressing room and is out of a walking boot. His return, however, could still be weeks away.

Update: The Sabres sent forward Tim Schaller to the Rochester Americans this afternoon.