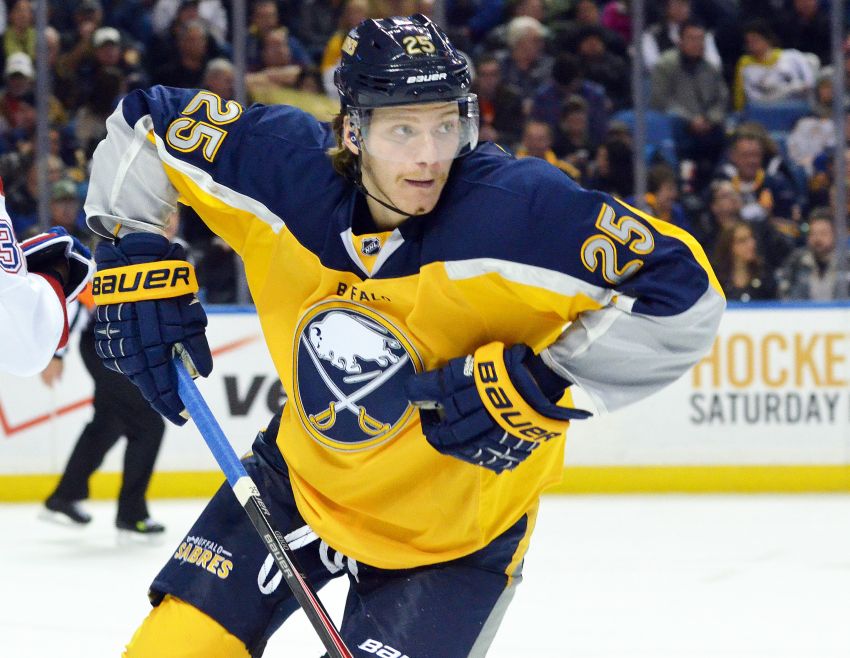 The Russian’s junior season with the QMJHL’s Quebec Remparts ended last week, making him eligible to play in the AHL.

Since he had junior eligibility left, the NHL rejected Grigorenko’s AHL conditioning assignment in November. The Sabres eventually sent Grigorenko, the 12th overall pick in 2012, to the world junior championship in December.

Grigorenko, who played 18 games with the Sabres this season, initially refused his assignment from the NHL back to junior in January before accepting it. The prospect scored 15 goals and 39 points in 23 regular-season games with the Remparts and one goal and nine points in five playoff contests.

The Amerks have lost more players than the banged-up Sabres. Eleven regulars – both goalies, five defensemen and four forwards – are missing thanks to injuries and recalls.

Grigorenko turns 20 on May 16, so he’s eligible to play in the AHL regularly next season. The Sabres’ old regime gave him an NHL roster spot during the summer. Nolan, who took over in November, wanted Grigorenko to develop in a lower league.

The Sabres sent Grigorenko from the NHL to junior two straight seasons, moves that raised eyebrows. He played 22 games in 2012-13 before they assigned him to Quebec after burning the first year of his entry-level contract. They later recalled him.