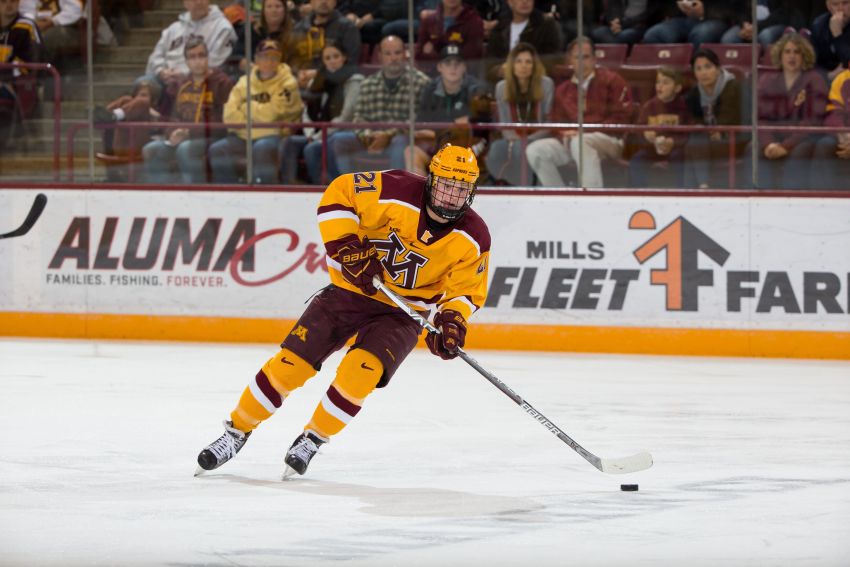 BUFFALO – It’s amazing what beating one of the NHL’s best teams, a day off and adding your top prospect can do.

During this morning’s practice, the Sabres’ first with slick center Casey Mittelstadt, the last-place team showcased more energy than they have in weeks.

“Well, that helps when you win a game and you get a day off and you come back and you feel a lot better about yourself, and especially the team that you beat, a really good team like Toronto,” Sabres coach Phil Housley said this afternoon inside KeyBank Center. “The guys are excited to have him as part of our team. A lot of them know him personally or skated with him in the summer and know what he brings to the table.”

Housley put Mittelstadt between Evan Rodrigues and Sam Reinhart during today’s practice inside HarborCenter, an intriguing scoring line featuring skill and speed. Mittelstadt, 19, also manned a point on the No. 2 power play.

Even among players, excitement is high for Mittelstadt’s NHL debut Thursday at home against the Detroit Red Wings.

“I got to see it firsthand today … the speed and skill he possesses,” Reinhart said.

Housley said he noticed Mittelstadt possessed “a little hop in his step today.”

Players have welcomed Mittelstadt warmly. Reinhart took him to dinner Tuesday night. Center Jack Eichel took him for lunch earlier in the day.

“That’s probably the biggest part of it,” Mittelstadt said. “Obviously, you’re coming to a new team and they’ve been together all year. You’re kind of the new guy. So anytime they just kind of welcome you, it’s definitely a great feeling and they’ve done a great job with it.”

Mittelstadt, the eighth overall pick in 2017, hasn’t played a game since March 3. He kept practicing with the University of Minnesota before the school was eliminated from the NCAA tournament. He also skated on his own last week before signing his entry-level contract.

Perhaps expectations should be tempered a bit. Still, despite the layoff from game action, Mittelstadt’s speed impressed Housley.

In other news, goalie Linus Ullmark, who missed Monday’s 3-2 win in Toronto after suffering an upper-body injury, practiced today and is day-to-day, Housley said.