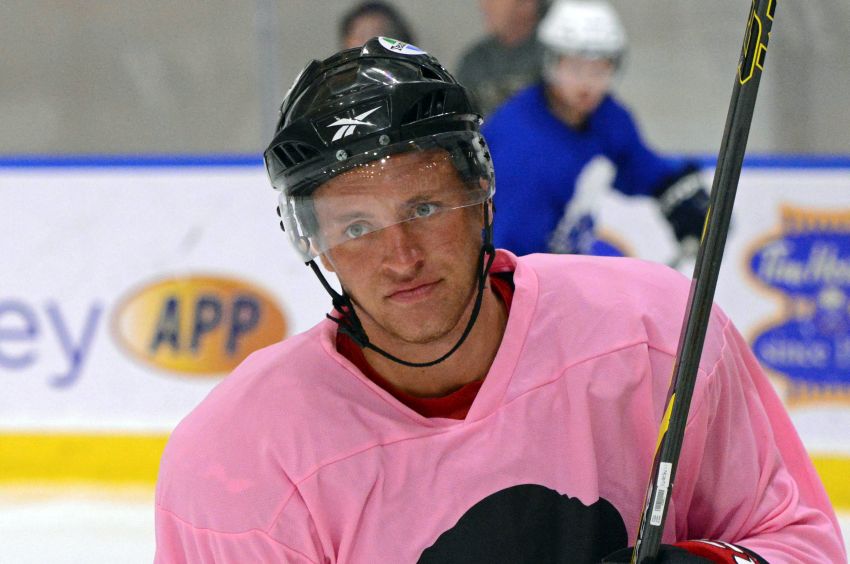 BUFFALO – When Williamsville native Cole Schneider walked into the First Niagara Center on Thursday morning, it marked the first time the new Sabres winger had been in the building since he competed in a showcase of local high school players in 2008.

A lot happened to Schneider, 25, in between his trips to rink.

Schneider, who grew up cheering for the Sabres, will make his NHL debut in tonight’s home finale against the Columbus Blue Jackets after playing 287 AHL games.

After playing high school hockey at St. Joe’s, Schneider spent two years in the junior North American Hockey League and two years at UConn before the Ottawa Senators signed him in 2012 for their AHL affiliate in Binghamton, which was run by Sabres general manager Tim Murray.

The 6-foot-1, 198-pound Schneider quietly developed into a strong AHL scorer, compiling 83 goals and 191 points with Binghamton, including a career-high 29 goals and 58 points last season.

Despite Schneider’s success, the Senators repeatedly bypassed him for recalls. He requested a trade earlier this season, and Ottawa eventually dealt him to the Sabres organization in a seven-player AHL swap on Feb. 27.

“I was there a while, nothing was really happening for me,” Schneider said.

Schneider compiled three goals and 12 points in 15 games with the Rochester Americans before the Sabres summoned him with rookie winger Evan Rodrigues on Thursday morning.

With two games left, the Sabres want to examine some young talent.

“We want to see if (Schneider) can do it at the National Hockey League level, if he can rise up to the pace and the speed of the game and still contribute like he has been,” Bylsma said.

Schneider’s family had season tickets when he was growing up, so he has made countless trips to the FNC.

“It was a little different this morning,” he said.

“I’ve really come along, got back to playing the way I can,” Rodrigues said about his season.

In recent weeks, Rodrigues has showcased some of the same tenacity he did in development camp and training camp.

“Evan is a guy who in the last 20 games has maybe been the most tenacious and relentless worker down there for the Amerks,” Bylsma said.

Right now, the dressing room is so packed Schneider and Rodrigues changed at plastic chairs instead of lockers.

Bylsma also said rookie goalie Jason Kasdorf could play this weekend. Kasdorf has been practicing after suffering a groin injury last month in his last NCAA appearance at R.P.I.