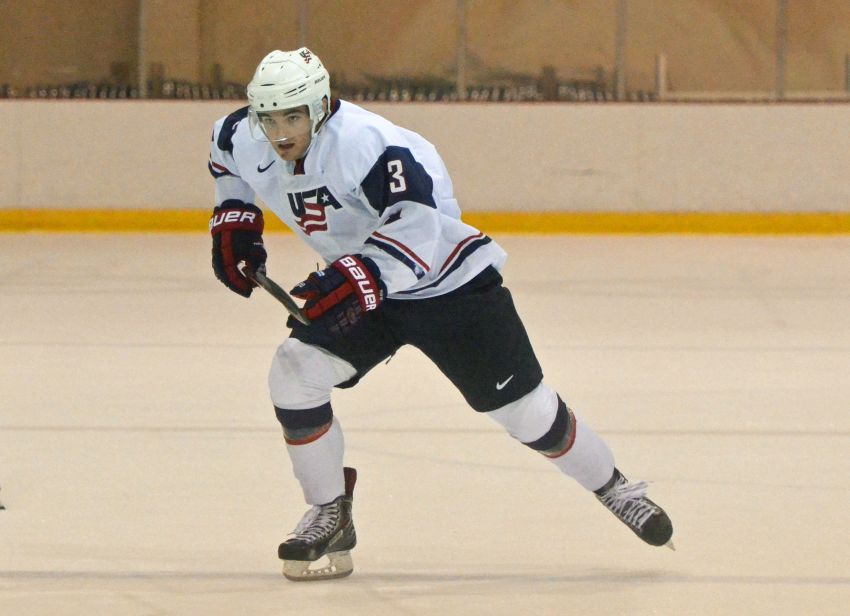 BUFFALO – As you would expect, the picture of defenseman Will Butcher hauling a blue Sabres hockey bag through Denver International Airport last month ignited plenty of speculation about the free agent’s future.

Did the bag mean, Butcher, a former University of Denver star and Hobey Baker Award winner, would sign with the Sabres? Well, no.

Butcher, who passed on signing with the Colorado Avalanche to hit the open market, was simply on a tour of NHL teams. The Sabres gave him a bag and he used it.

Ultimately, Butcher, 22, chose the New Jersey Devils, who face the Sabres tonight in the first game of the Prospects Challenge rookie tournament inside HarborCenter.

“It was kind of funny,” Butcher said this morning of the photo posted on Twitter. “I was walking through the airport at like 11:30 at night. I don’t know, it’s just typical. You can’t get anywhere these days with media. It’s not a big deal.”

Being back here for his first appearance in an NHL uniform is “neat,” Butcher said. He believes Buffalo is “a great hockey town.” Sabres general manager Jason Botterill impressed him during his visit.

“I came in and saw everything they had to offer,” Butcher said.

“Mr. Shero has done a tremendous job so far … taking the program where he wants to be and where everybody in the organization wants to be,” he said. “I saw that as part of the recruiting process and felt like I needed to be part of that. That was a huge factor in my decision.”

Update: Apparently Sabres fans feel Butcher slighted the team. The crowd booed him each time he touched the puck Friday.

For what it's worth, here's Hobey Baker Award winner Will Butcher at DIA Friday sporting #Sabres bag. My guess is he was in Buffalo #Avs pic.twitter.com/EjjEj3XxdX