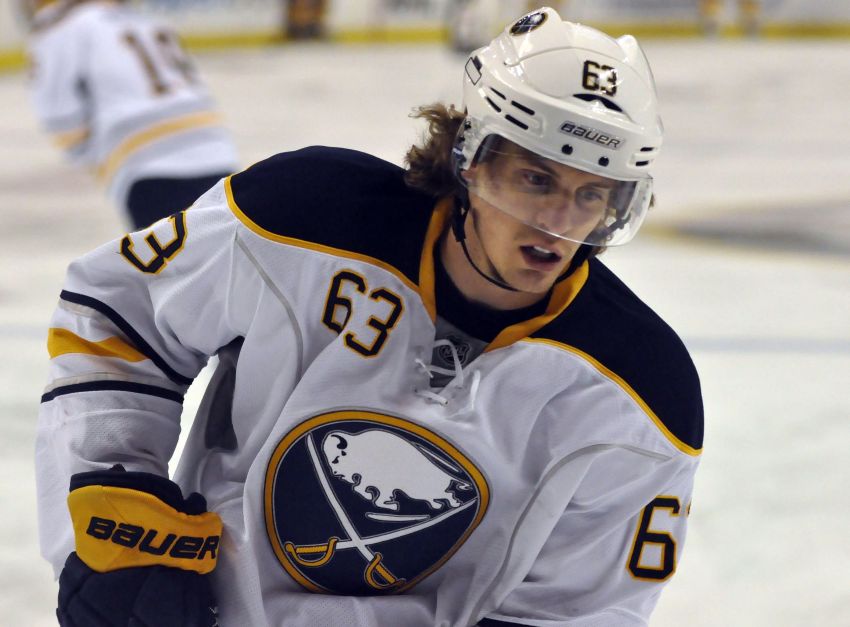 BUFFALO – The eight goals and 19 points Tyler Ennis generated over a rollicking 12-game stretch late last season could just be a harbinger, he believes. The center’s March exploits might’ve signaled the first signs of his impending superstardom.

“I think I’m ready to explode,” Ennis said Sunday, a day after signing a two-year, $5.625 million contract hours before the NHL lockout started.

Of course, Ennis and the Sabres can’t even play right now.

Instead of prepping for training camp this week, Ennis will be skating with some teammates while his agent tries to find him temporary work in Europe.

Ennis has focused on becoming the Sabres’ top center whenever the NHL season starts.

With Derek Roy now in Dallas, it’s his job to lose. As Roy struggled last season, Ennis emerged as the club’s top playmaking pivot between Marcus Foligno and Drew Stafford.

Shifting from wing to center for good late in the winter created more space for the speedster to showcase his talents. In hindsight, Sabres coach Lindy Ruff should’ve made the move months earlier.

“I think a lot of things came together nicely,” Ennis said about playing center. “I was able to just kind of go wherever I wanted. I wasn’t kind of on one side of the ice in the D-zone. I was always moving. … That was kind of nice to easily be the first guy with the puck to make the play and to move it Staff or eventually Marcus.

“That was a big part of my success, too. Staff and Marcus were playing awesome. We had great chemistry.”

Ennis isn’t shy about putting any of his goals on the table.

“I want more responsibility, (to) take on a bigger role and be the guy or one of the guys looked upon to really win games,” he said.

Ultimately, Ennis wants a long-term contract from the Sabres.

In the meantime, Ennis should be receiving on-ice instruction from a couple of former Sabres the current team has asked to help out. Ennis will bolt for Europe if an opportunity materializes, however.

If the NHL lockout forces game cancellations, the Sabres will offer two options to 2012-13 season-ticket holders and mini-pack holders, the club announced Sunday.

2.  Season and mini-pack holders will be offered 4 percent simple interest per annum on the value of canceled games.