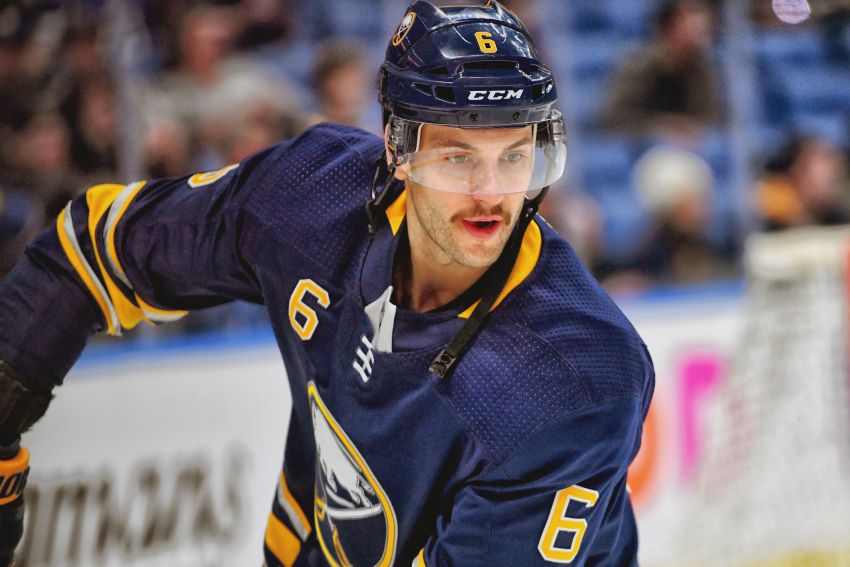 March Scandella will be a game-time decision Wednesday. ©2018, Hickling Images

BUFFALO – For the first time in years, the upstart Sabres are generating buzz. Their six-game winning streak has ignited a fan base beaten down by season after season of losing.

Sure, it’s still early, just 21 games into the season. But the 13-6-2 Sabres seem legit. Right now, their 28 points rank third in the ultra-competitive Atlantic Division and fourth overall.

During their run, they’ve knocked off some NHL heavyweights, roaring back from deficits five times on the road.

In Monday’s 5-4 overtime victory in Pittsburgh, they rallied from a 4-1 second-period deficit to defeat the Penguins.

This is quickly becoming the most exciting Sabres team to watch since perhaps the rollicking 2006-07 edition that won the Presidents’ Trophy.

“We’re excited where we’re at, obviously,” Sabres coach Phil Housley said this afternoon. “The vibe around town, they’re just showing their appreciation of the work. We’ve got to come to work tomorrow, this is going to be a desperate team. We don’t have to change anything.”

The Sabres host the Philadelphia Flyers on Wednesday at KeyBank Center.

Housley, of course, doesn’t want the Sabres to get too far ahead of themselves.

“But I credit the guys and our coaching staff for putting in the work and preparing our players, trying to give them every detail heading into the game,” Housley said. “Our guys are just doing the work. Obviously, we’re seeing some of the rewards of that in where we are, but we can’t get complacent.

Check back for more on how the Sabres have become a tight-knit group.

In other news, Housley said defenseman Marco Scandella, who left Monday’s game after blocking Evgeni Malkin’s shot, has a lower-body injury and will be a game-time decision Wednesday.

The Sabres mostly did off-ice work today. Only a handful of players skated.