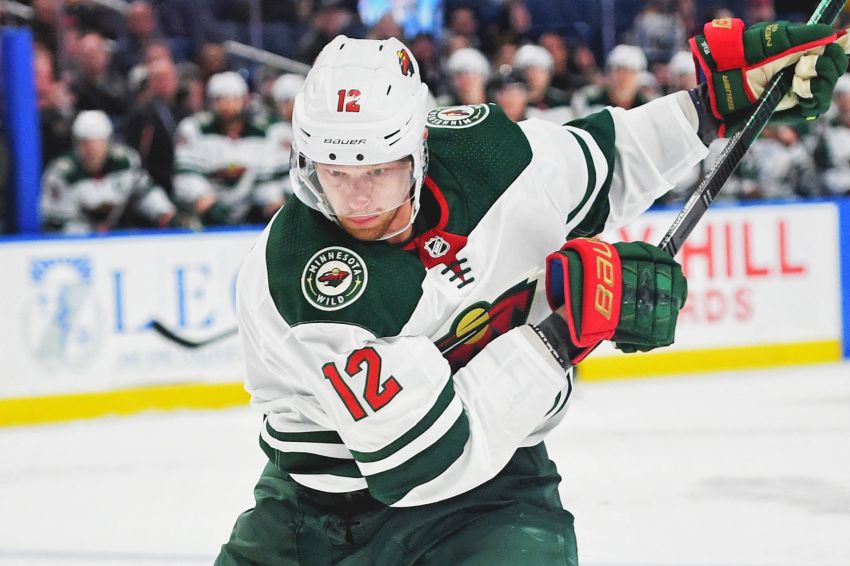 The Buffalo Sabres endured a rough summer before Wednesday’s acquisition of center Eric Staal from the Minnesota Wild. Gutting the front office three months ago lowered expectations for what has become perhaps the NHL’s most dysfunctional franchise.

So sending forward Marcus Johansson to the Wild for Staal, 35, should ignite a little optimism within the team and its beleaguered fan base.

In his first trade as general manager, Kevyn Adams addressed a major hole – the Sabres sorely needed a second-line center – by adding one of the NHL’s most decorated players.

“There’s very few players in the league that, just from what they’ve done on and off the ice, command the respect and have the presence that an Eric Staal does,” Adams said on a conference call. “He fits in that small group of people. So I think it’s a great thing for our locker room, it’s great for our organization.

“He’s a winner. He’s been there. He’s been in a Game 7 of the Stanley Cup final, he’s raised the trophy. I mean, these are really, really important experiences that he’s lived and he’s going to bring into our locker room.”

Adams and Staal, having won the Cup together as members of the Carolina Hurricanes in 2006, know each other well. Fourteen years ago, fresh off a 100-point season and a championship, Staal was one of the NHL’s biggest stars.

“He’s a tremendous person,” he said. “High character. Tremendous leader. Former captain. Obviously, because of the past and my experience of being a former teammate with him, I’ve seen that up close and person. We added a phenomenal player and person that I’m very excited about.”

The Sabres have struggled to find a No. 2 center to play behind captain Jack Eichel since dealing Ryan O’Reilly to the St. Louis Blues in 2018. Johansson, a winger most of his NHL career, filled that role much of 2019-20, his first season in Buffalo.

Following a strong start – Johansson scored four goals and seven points in his first nine outings – the Swede experienced a long slump, scoring just two goals over his next 39 contests. He finished with nine goals, 30 points and a minus-12 rating in 60 games.

“Looking around the league and (to) be able to target and identify a player like Eric was really important,” Adams said.

Staal’s presence could help spark winger Jeff Skinner, his former teammate in Carolina. Following a 40-goal season skating beside Eichel, Skinner mustered only 14 goals playing down the lineup throughout much of 2019-20.

“We do not want to put Dylan Cozens in a position that he’s not ready for,” Adams said. “So, yeah, the underrated part of an Eric Staal in your dressing room and if Dylan Cozens is on our roster is just the ability to be with him every day and to learn from him, not just on the ice but off the ice as well.”

Both players had a 10-team no-trade list, according to capfriendly.com.

Saving $1 million might be important. According to a recent TSN report, the Sabres are considering setting an internal salary cap of in the “low $70 million range.” The NHL has a $81.5 flat cap limit next season.

With little revenue being generated during the pandemic, many teams want to shed salaries.

When asked about the TSN report, Adams said he’s simply zeroed in on building the team and Sabres owners Terry and Kim Pegula, who have spent freely for years, “want to do everything we can to win the Stanley Cup.”

“I’m not dodging the question, but I don’t look at the cap as what I’m focused on,” Adams said. “I’m looking at the team that we’re trying to build and then making sure we’re putting ourselves in a position to also adjust and be flexible. But no, Terry and Kim have been very supportive obviously before me and working here now, doing everything we can to win.”