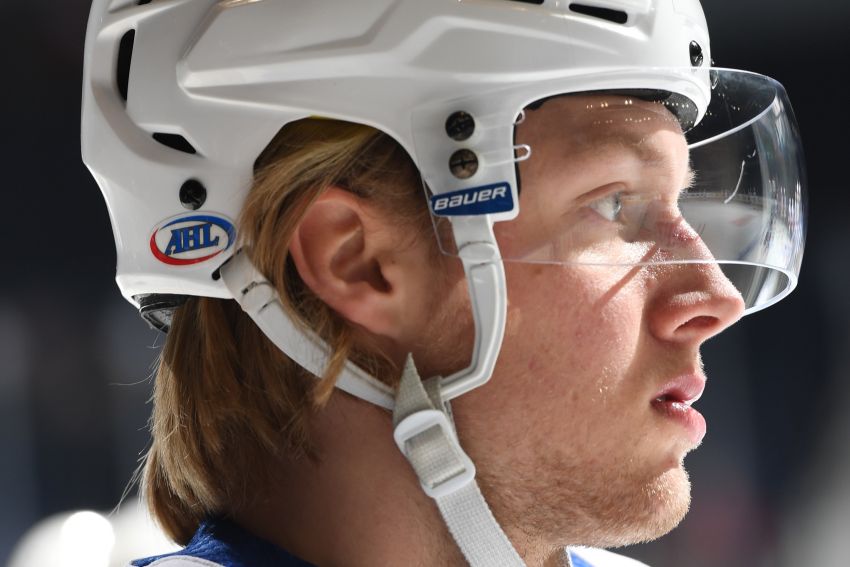 BUFFALO – Following another underwhelming season, it felt like only a matter of time before the Sabres cut their losses and traded winger Alexander Nylander.

Through three years as a pro, Nylander, the eighth overall pick by the Sabres’ old regime in 2016, has mostly been a bust.

Sure, the Swede has occasionally showcased his slick skills. Still, he hasn’t consistently displayed the tenacity to match them.

Nylander, 21, couldn’t develop into a dominant AHL player with the Rochester Americans, let alone make an impact in Buffalo.

On Tuesday, the Sabres finally moved on, dealing Nylander to the Chicago Blackhawks for defenseman Henri Jokiharju, a swap of former first-round picks.

Jokiharju, 20, compiled zero goals and 12 points in 38 games with the Blackhawks in 2018-19, his first NHL action. The Finn started the year in Chicago before finishing his rookie season with the Rockford IceHogs.

Jokiharju, the 29th overall pick in 2017, also won a gold medal with Team Finland at the World Junior Championship in January.

The 6-foot, 193-pound Jokiharju gives the Sabres six right-handed defenders. That number, of course, is too high. They need balance.

Overall, the Sabres have 11 defensemen on the roster. They also have a surfeit of left wingers.

So Botterill, who has been busy this summer, will almost certainly be making more moves. Jokiharju’s acquisition only increases speculation Rasmus Ristolainen, a righty defenseman, will be dealt.

Shortly after their 10-game winning streak in November, the Sabres completely imploded, missing the playoffs for the eighth straight season.

From Jan. 1 until the end of the miserable campaign, they ranked dead last in the NHL, earning only 28 points.

The Sabres need to be overhauled.

Nylander played 12 NHL games late in the year. The Sabres won one of them.

A lower-body injury he suffered in early April ended his season. While the Sabres sent him back to the Amerks, he sat out all three of their playoff games.

The odds seemed stacked against Nylander succeeding with the Sabres almost from the get-go.

Instead of returning Nylander to the junior Mississauga Steelheads, where he dominated the Ontario Hockey League, the Sabres’ old regime sent him to Rochester to begin his pro career.

Nylander was the AHL’s youngest player most of the 2016-17 season. Not surprisingly, he struggled playing against men.

As Nylander kept falling short of expectations, some youngsters the Sabres passed on to draft him – most notably, defensemen Mikael Sergachev and Charlie McAvoy – started morphing into terrific NHL players.

The Sabres’ new brass challenged Nylander last summer, telling him he faced the most important offseason of training in his career.

Nylander responded by enjoying a strong training camp – a year earlier, he was injured and didn’t play until November – and the best start of his AHL career.

But Nylander tailed off before a hot streak in early March earned him another recall.

Nylander compiled 30 goals and 86 points in 165 games over three seasons with the Amerks. He scored 12 goals and 31 points in 49 AHL contests last year.

He compiled three goals and six points in 19 outings with the Sabres, including two goals and four points in 2018-19.

Nylander seems excited by the change of scenery. He has already posted a video of himself wearing a Nylander Blackhawks jersey, which probably belongs to his father, Michael.

The restricted free agents can settle their contracts before the hearings, which will take place in Toronto.

The games start later this month in Plymouth, Mich.

Clarence Center’s Case McCarthy, a defenseman the New Jersey Devils drafted in the fourth round last month, 118th overall, also has a spot.