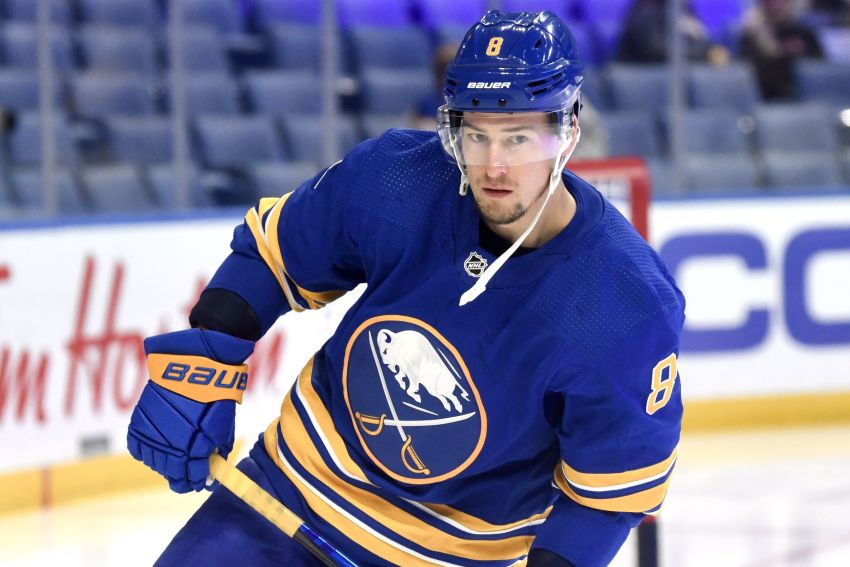 BUFFALO – Sabres newcomer Robert Hagg knew the Philadelphia Flyers would aggressively overhaul their roster. Instead of contending for the Stanley Cup last season, they imploded after a hot start, finishing a disappointing sixth in the East Division.

“The year we had last year was awful with Philly,” said Hagg, who was acquired July 23 in exchange for defenseman Rasmus Ristolainen and two high draft picks. “So we kind of knew that something was going to happen.”

So Hagg, 26, was prepared to move on. When the defenseman learned he would be joining the Sabres, who finished dead last in 2020-21, he immediately embraced it.

General manager Kevyn Adams and coach Don Granato called Hagg in Sweden and explained the Sabres’ situation and told him how badly they wanted him here.

“I found a lot of energy,” Hagg said Monday inside KeyBank Center.

The trade energized Hagg so much he told Granato he would arrive in Buffalo in early August to begin preparing for the season.

“You never know what the other side of that line is going to be,” Granato said of his call to Hagg. “He was in Sweden. It was just a flood of excitement from him. ‘I can’t wait to get to Buffalo.’ …

“Just that energy and excitement out of him was very impactful for me to get a guy that’s hungry and excited to be here, sees this as a huge opportunity.”

Hagg said the Sabres offer him a “clean slate” and a chance “to be looked at with new eyes” after seven years in the Flyers organization. He struggled last season, becoming a healthy scratch under new coach Alain Vigneault.

“Last couple of years I kind of had my role and expected to do certain stuff,” Hagg said. “But coming in this year it’s more like I can prove myself one more time that I can do a little bit more maybe.”

So what kind of defenseman is Hagg?

“Power-play quarterback, putting up a lot of points,” he joked before laughing. “No, not really.”

The 6-foot-2, 207-pound Hagg has recorded just one power-play point, a goal, in his 236-game NHL career. He prides himself on being a gritty, defense-first defender. Instead of rushing the puck up the ice, he usually makes a simple pass out of his zone.

“The defensive side is probably my strongest game,” said Hagg, who has compiled 13 goals and 47 points in his career. “Just try to play simple. … I want to take another step this year and be more involved in the offensive game, too, and play with the puck.”

Hagg has backed up his talk. Granato said at times he was the only player training with the team’s staff late in the offseason. He even came in on weekends to bike with the strength coach.

“He wants to become a better hockey player and make more of an impact,” Granato said. “I see that intent and I see that preparation and impact that he has.”

Hagg, of course, is one of several players on the training camp roster looking to reignite his career or establish himself.

“There is a big hunger in there from a lot of guys,” he said. “I mean, there are a lot of spots open on the team and everybody wants to prove themselves. So it’s a lot of fun. It’s a lot of laughs, it’s a lot of chatter. It’s a positive vibe in there.”

Hagg’s tenure with the Sabres could be brief. He can become an unrestricted free agent following the season. Given the team’s state and his expiring contract, he might be an intriguing rental player for a contender.

Right now, Hagg appears to have secured a regular spot. He has played two preseason games beside Colin Miller on what could be the Sabres’ third defense pair.

One thought on “Trade to Sabres energized Robert Hagg: ‘I can’t wait to get to Buffalo’”