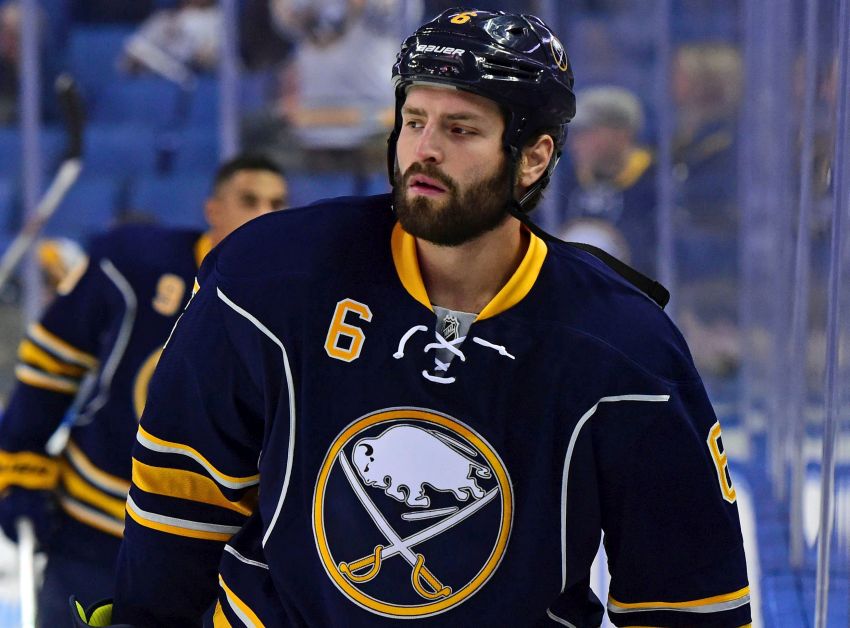 BUFFALO – At times over a rough two-year stretch, as Mike Weber accumulated the NHL’s worst plus-minus rating, it appeared the ex-Sabres defenseman might never recapture his old form.

The passionate Weber, 28, often became the poster boy for the Sabres’ struggles during their run as the NHL’s laughingstock.

But Weber, not coincidentally, morphed back into his old self on the revamped Sabres this season.

Defensemen, especially reliable depth ones with Weber’s grit and passion, are always in demand at this time of year.

Sure enough, the Sabres traded Weber, the club’s longest-tenured player and a heart-and-soul-presence, to the Washington Capitals on Tuesday night for a third-round draft pick in 2017.

Instead of missing the playoffs for the fifth straight season, Weber’s joining the NHL’s best club, the powerhouse 44-10-4 Capitals.

“I’m obviously excited to get to Washington and maybe have a chance myself to do something that maybe is only once in a lifetime,” Weber told the media, including WGR, in California, where the Sabres open a three-game road trip tonight against the Ducks.

Still, moving on from the organization that drafted him 57th overall in 2006 is “tough,” he said.

“It’s something that’s always talked about, but until it happens to you, I don’t know really the feeling I’m feeling right now,” said Weber, an unrestricted free agent following the season.

The Sabres will retain half of Weber’s $1.67 million cap hit, according to Sportsnet.

“I came in with the mindset … whether I went over the boards for 11 minutes or over the boards for 24 minutes … to make sure I gave everything I had to give myself the best chance to prove (to the) Sabres organization and my teammates that I’m a solid player and to the rest of the league that I can still do this,” he said.

Weber understood he would probably be traded prior to the Monday deadline. Before the Sabres flew to California two days ago, he spoke nostalgically about his long career, which began Oct. 26, 2007, and Buffalo.

“I can’t express the life-changing thing the city of Buffalo and the organization has been able to provide for my family,” he said Tuesday. “I’ve really felt part of the community and tried to do everything I could every time I put my sweater over my head.”

Weber explained the goal – he took a pass at the point from the late Steve Montador before Ennis potted his rebound – like it had just happened.

“Enzo came flying up and gave me the biggest hug ever,” Weber said. “Then Monty came in and gave me an even bigger hug.”

Weber played 341 games with the Sabres, compiling nine goals, 53 points and 341 penalty minutes. He had one goal, five points and 32 penalty minutes in 35 games this season. After accumulating a wretched minus-51 rating the last two seasons, he’s a plus-3 this campaign.