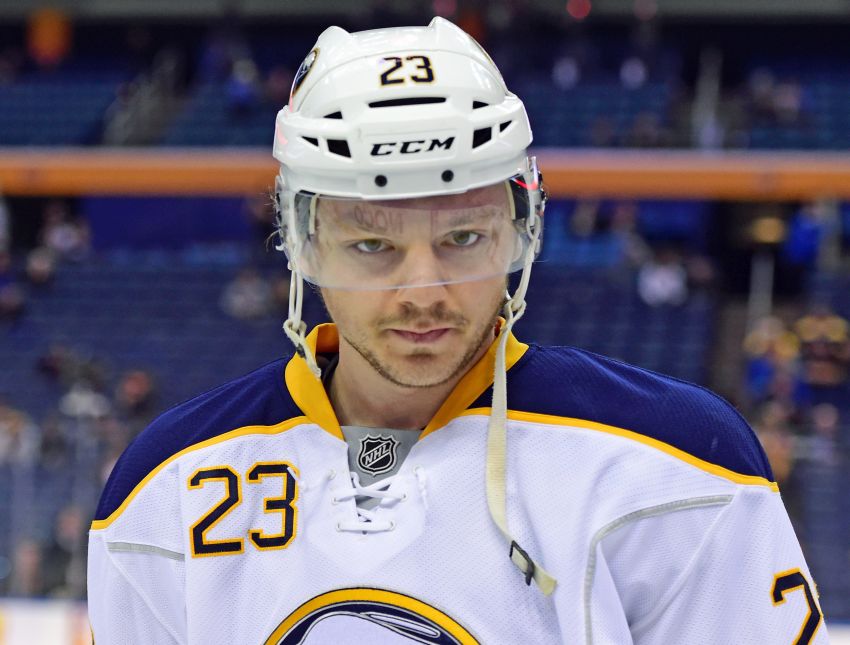 TORONTO – Call it whatever you want – a tank, a deep rebuild – the Maple Leafs gutted their roster recently, leaving coach Mike Babcock a team filled with unknown neophytes to mold into NHL talent.

The Buffalo Sabres, meanwhile, have already endured what the Leafs are just beginning: a total overhaul. The Sabres are, theoretically, two years ahead of Toronto.

At this stage, they should exploit a reeling club dressing six rookies. The Sabres did Monday, although it took them more than 40 minutes to get going against the league’s worst club.

Then rookie Sam Reinhart scored the shootout’s only goal, securing the Sabres’ 4-3 win, their first triumph in the one-on-one competition since beating the Leafs on Oct. 21 and just their second all season.

“It says a lot about our team that we stuck with it,” Eichel said. “You’re down two goals going into the third period. … It’s really big for us to be resilient enough, play a simple game.”

Eichel, Kane and Reinhart – the Sabres’ top line – performed terribly early on, getting scored on just 25 seconds into the contest. Eichel turned the puck over his next shift, creating a breakaway goalie Chad Johnson stopped.

“Every game’s not going to be pretty,” Eichel said. “I think as a line it’s not the start we wanted at all.”

Still, the trio got it back.

Eichel’s the first Sabres rookie with 20 goals since Tyler Ennis in 2010-11. Kane has 19 goals. Reinhart, who had two assists, used the same slick moves in Saturday’s afternoon’s 3-2 shootout loss to Minnesota, but the puck hit the post after beating the goalie.

“It was the exact same thing,” Reinhart said. “It was nice to see it go in.”

The Sabres have been awful in the shootout, losing six and frittering away precious points.

“It’s nice to win a shootout,” a smiling Eichel said.

For a while, it looked like the Leafs, who have lost six straight games and 10 of the last 11, would run the Sabres out of the Air Canada Centre.

After Leo Komarov opened the scoring, former Sabre Brad Boyes followed at 11:05 on the power play.

Sabres defenseman Mark Pysyk’s first goal this season made it 2-1 16:43 into the second period, but Zach Hyman restored the Leafs’ two-goal lead before the period ended.

Eichel played feisty all night, waging some battles with Nazem Kadri. He scored shortly after leaving the penalty box for roughing Kadri.

“Yeah, a little riled up,” Eichel said about his play. “That’s a physical game. It’s emotional. I thought I needed to get a little more engaged. Kadri plays a tough game. So we were going at it a lot there.”

Eichel converted a nifty feed from Matt Moulson, the veteran he’s living with this season.

“It shows his hockey IQ, his hockey sense,” Eichel said. “He leaves it for me in a great area where I can just touch it to the net. It’s nice that you score your 20th with the guy that lets you live in his house.”

The Sabres, who host the New York Rangers tonight, are 15-14-4 on the road. They had lost six straight games to the Leafs here. The home team had won 12 straight meetings between the rivals.