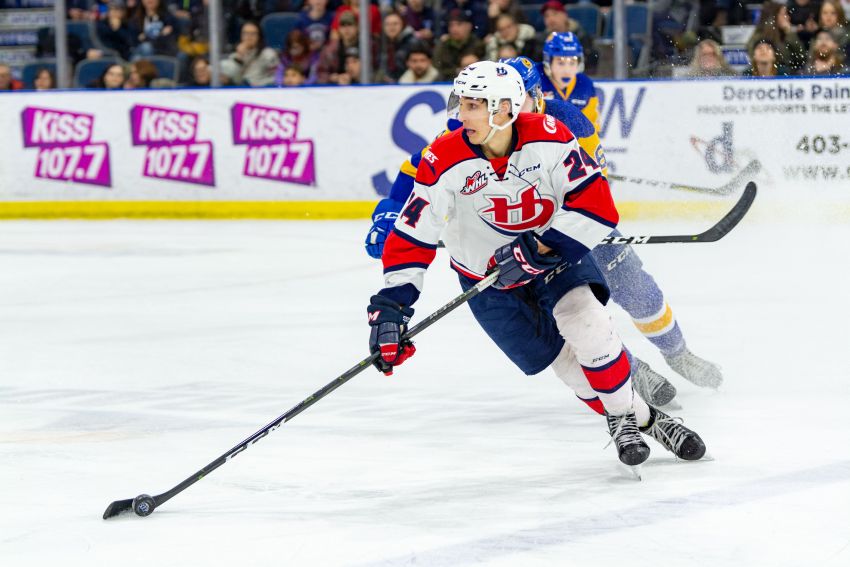 BUFFALO – Top Sabres draft pick Dylan Cozens, who underwent surgery on his left thumb in early July, isn’t listed on the 25-man roster for the Prospects Challenge rookie tournament the Sabres are hosting next week at Harborcenter.

The center prospect injured his thumb in development camp, just days after the Sabres selected him seventh overall June 21.

After Cozens, 18, had surgery, the Sabres said he would need two to three months to recover. So the Yukon native, who has been skating, could be healed in time to play soon.

The roster the Sabres released today features some of their other notable prospects, including center Rasmus Asplund, defenseman Will Borgen, winger Victor Olofsson and defenseman Henri Jokiharju, who was acquired from the Chicago Blackhawks last month.

Center Arttu Ruotsalainen, a Finnish free agent the Sabres signed earlier this year, and winger Brett Murray, a fourth-round pick in 2016, are also on the roster.

The 6-foot-5, 236-pound Murray left Penn State in 2018 and returned to the Youngstown Phantoms of the junior United States Hockey League last season. Murray hasn’t signed a pro contract yet.

The entire roster can be viewed here.