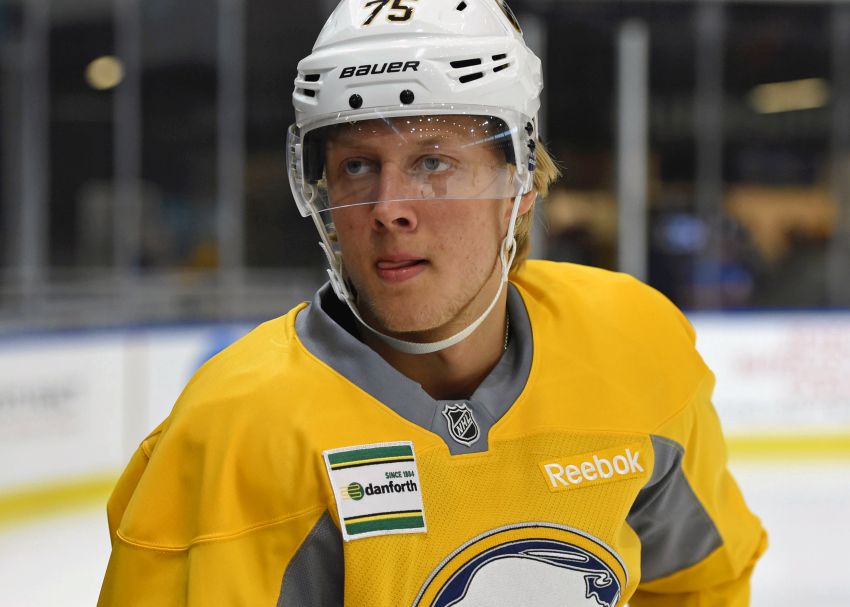 BUFFALO – Some quick updates this morning from KeyBank Center, where the Sabres prepared for tonight’s preseason opener against the Minnesota Wild before flying to Penn State University:

– The Sabres will use a mix of veterans, youngsters and AHL players for the tilt at Pegula Ice Arena.

Newcomer Anders Nilsson will start in goal and play two periods before Linus Ullmark relieves him.

The rest of tonight’s forward lines and defense pairs from left to right:

Burgdoerfer, 27, played five seasons in the ECHL before finally earning regular duty in the AHL. The R.P.I. product has never played an NHL preseason game.

“Somebody somewhere has missed something, because the way he’s played he should be playing at a higher level,” he said.

– Center Jack Eichel, who returned from the World Cup of Hockey a few days ago, passed his physical and will skate Tuesday with the non-game group.

“I would love to have him right now,” Bylsma said. “I’m confident that will move to be getting done and he’ll be joining us at some point in time.”

Defenseman Dmitry Kulikov hasn’t skated with the Sabres since Russia was eliminated from the tournament.