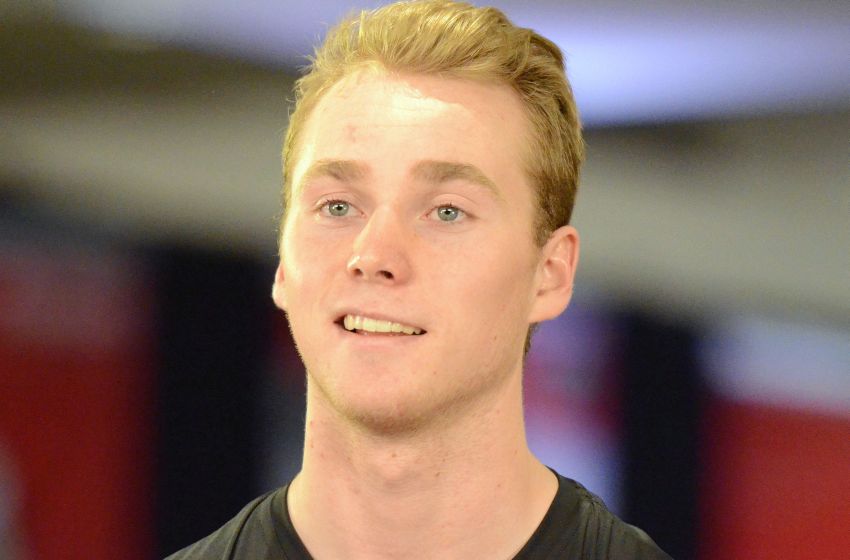 “My upper body isn’t really my strong suit,” the 178-pound Bennett said inside the Toronto International Centre. “But I guess that’s something that I’ll be working on in the gym this year.”

Of course, the 17-year-old’s stock for next month’s NHL Entry Draft isn’t exactly plummeting. For all of their talents, these prospects are still raw, just kids.

“I was definitely disappointed with myself,” Bennett said about the pull-up. “I want to do the best I can in every test. But, I guess, ultimately games aren’t won or lost if you can do a pull up in the gym. I’m not too, too worried about it.”

Bennett shouldn’t be worried. He just enjoyed one of the best seasons in junior hockey, compiling 36 goals, 91 points and 118 penalty minutes in 57 games with the Ontario Hockey League’s Kingston Frontenacs.

“He’s a kind of a complete package when you talk about skating with speed, skill, hockey sense, scoring ability, said Dan Marr, the director of NHL Central Scouting. “And he’s got that will and that edge to his play where he really doesn’t really want to be denied on the play.”

Even with limited upper-body strength, Bennett showcases a feisty style. Observers have compared him to former Buffalo Sabres center Doug Gilmour, his general manager in Kingston.

Bennett could be available when Buffalo picks second. The Sabres talked to Bennett about a half an hour this week, he said.

“I think it went really well,” he said.

Check back for more NHL Scouting Combine coverage and more on Bennett!