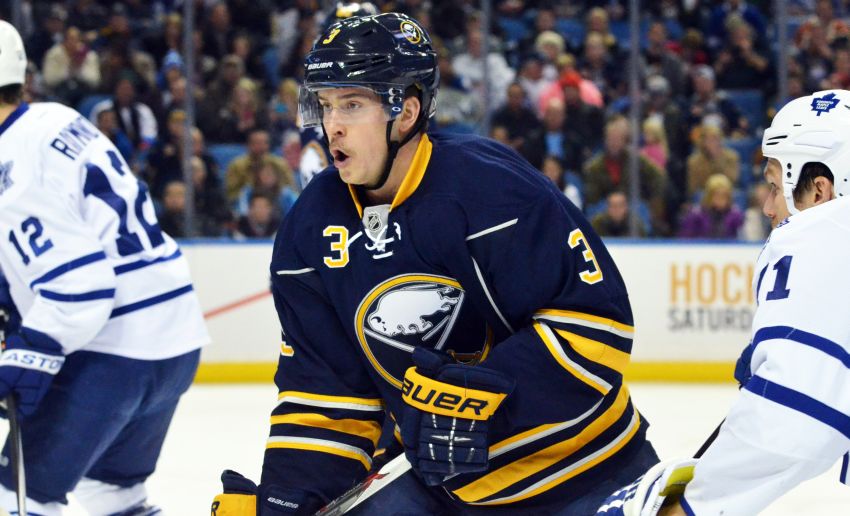 BUFFALO – Ted Nolan wants healthy competition between his defensemen. So with seven or eight at his disposal, the interim Sabres coach plans to keep tinkering until he finds the six he can play regularly.

Nolan hasn’t stopped evaluating a month into his tenure. That’s one reason Mark Pysyk, one of the NHL’s better rookie defenders, was scratched Saturday.

“Sometimes you like to take them out whenever they play a great game versus a so-so game,” Nolan said Monday inside the First Niagara Center. “It was just one of those things, it was numbers, and Mark’s a younger player. We had to get Brayden (McNabb) in at some point.”

McNabb, a rookie who had sat five of the previous six games, played in the Sabres’ 2-1 overtime loss. Meanwhile, Jamie McBain made his fifth straight appearance, skating 24:03 against Calgary.

McBain, a scratch four straight games late last month as Nolan evaluated other players, has been skating big minutes beside Christian Ehrhoff on the No. 1 defense pairing.

“We want to make sure that guys are in it want to stay in it,” Nolan said after the Sabres prepared for tonight’s home contest against the Winnipeg Jets. “Guys who are out want to fight to get in it. So it’s not really a rotation. It’s some guys continue to have real rough ones, so we have to replace them.

“Until we find that consistent effort it’ll stay the same.”

Still, the results have been encouraging with the changing blue line. Team defense has been the Sabres’ biggest improvement in their 13 games with Nolan.

How have the Sabres tightened up under Nolan?

“I think the difference has been our D-zone as a five-man unit,” Sabres defenseman Tyler Myers said. “All five guys on the ice now are competing harder defensively. A big part of it has been the communication in the D-zone. That helps everyone out.

“I think it’s more our overall team defense than focusing on one or two guys on the back end.”

“That communication, making sure we’re taking care of our defense first and (taking) care of the middle of the ice first, I think it’s been a good transition for us,” McBain said.

Nolan said about the defensive zone coverage: “We’re happy, but you’re not happy until you really get it. Last couple games we’ve had to look over our shoulder a couple times, and those couple times are the ones that come and bite you in the rear once in a while.”

Only Ehrhoff, Myers and Henrik Tallinder have played every game under Nolan. With Alexander Sulzer ready to return from a five-game absence (lower body), Nolan could make another move.

“I’m sure it’s going to be frustrating at times for guys, but I think that healthy competition, I think all the guys, their personalities, aren’t going to take anything personally against each other,” Myers said about so many defensemen sitting.

Nolan kept scratching McBain because the 25-year-old “had the least amount of problems.” In essence, his solid game cost him playing time.

“We all understand that when you go in, you got to make sure you’re putting your best foot forward because someone just as capable’s sitting out,” McBain said. “That was my case early on. It’s kind of still being the case with us kind of rolling through some guys.

“We got eight guys here who can play. So we know that every night we got to bring our A game because whether you’re in or you’re out, someone’s always looking to take your spot.”

Now, his play has made it hard for Nolan to yank him. McBain has skated at least 20 minutes in each game since returning, including a career-high 26:16 in Thursday’s 2-1 loss in Ottawa.

“I feel very good about my game,” McBain said. “I feel very comfortable since I’ve been in. No one wants to be sitting. … With the minutes I’m getting, I assume that the coaches are happy with my game as well.”

Pysyk said he isn’t sure why he was scratched Saturday. The 21-year-old believes his late interference penalty Thursday forced a change.