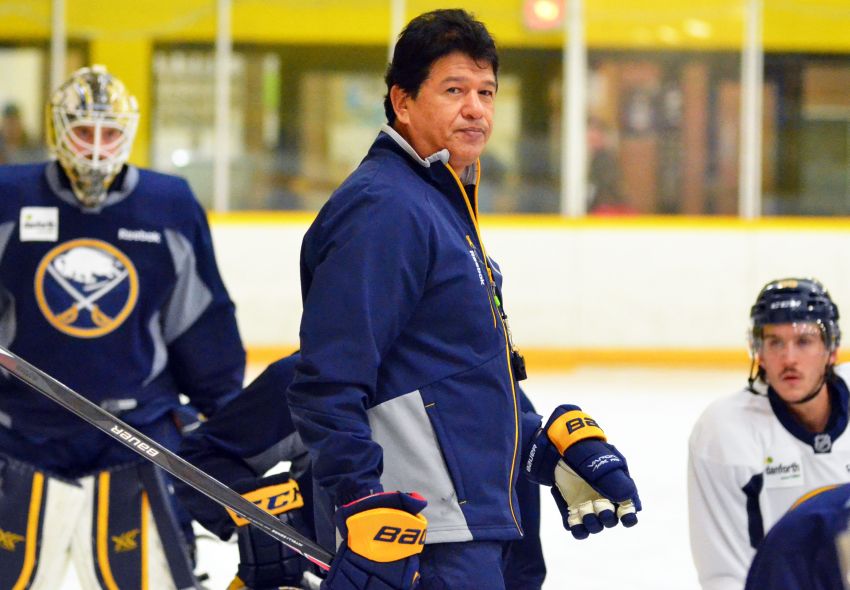 BUFFALO – Eighteen years later, the 1995-96 Sabres, a rebuilding club that missed the playoffs, still ranks among the most popular teams in franchise history.

That team, Ted Nolan’s first as coach, played hard and fought a lot. The Sabres accumulated 2,195 penalty minutes that season, earning Nolan a reputation as a coach who loved fisticuffs.

These days, however, Nolan’s Sabres hardly fight. They’ve scrapped only eight times since he took over Nov. 13. Don’t think the interim coach has softened, though.

But Nolan wants to see players accept a teammate has been hit cleanly and move on.

“Almost every time there’s a hit everybody jumps somebody for hitting,” he said. “I don’t know why they do it. I tell our players, ‘If you get hit, get your head up. You’re not going to go jump somebody because you get hit.’ If you get a dirty hit, then that could be talked to and discussed.”

Nolan said body contact is “what I love about this game.”

“You get body contact and you get some good collisions on the ice once in a while,” he said. “But for somebody to hit somebody and all of a sudden they have to fight, I don’t know why. Hopefully, you won’t see that from us.”

Of course, Nolan wants his team to respond to dirty hits. He mentioned Boston’s Milan Lucic thumping Sabres goalie Ryan Miller two years ago, a hit that changed the franchise.

The Sabres, most notably Paul Gaustad, who was on the ice, never responded. The team fell down the standings after that.

“Miller got ran pretty good,” Nolan said. “But that should’ve been answered, too, at that point. It didn’t.”

Nolan added: “If you haven’t got the personnel to answer the bell, you can’t get (Brian) Flynn to go out and do something. That doesn’t make any sense. But if you have that type of team, that ain’t going to happen to your team.”