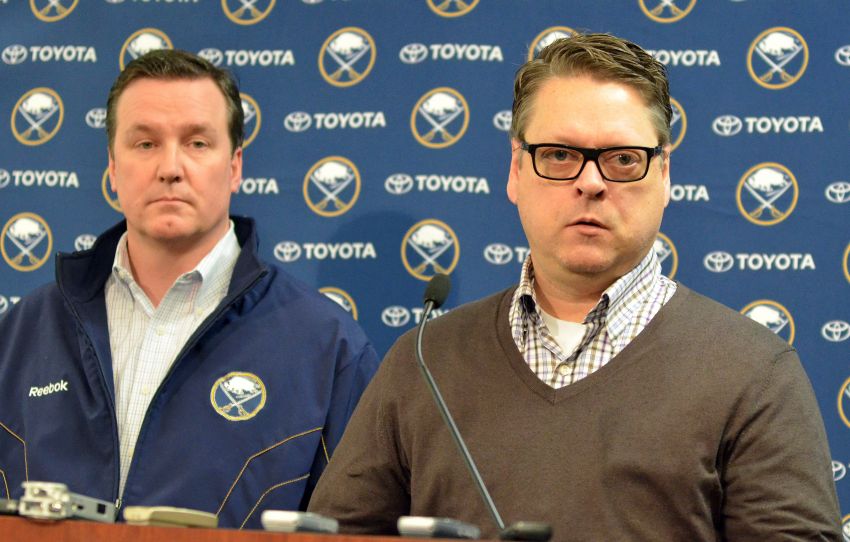 “It’s something that fans are going to be upset by,” Black said this afternoon inside the First Niagara Center, a day after LaFontaine abruptly bolted from the organization after less than four months.

Still, Black said, LaFontaine was only one person.

“I don’t know if it impacts the greater mission and will deter us,” he said.

Rumors are swirling the Sabres forced LaFontaine out in some sort of power struggle. Black was adamant LaFontaine resigned from the newly created position and wasn’t fired.

Sabres general manager Tim Murray, however, said he wants Nolan to stay. The Sabres are still negotiating with Nolan, he said.

Is Murray concerned Nolan doesn’t want to be here?

Black said Murray will assume some of LaFontaine’s responsibilities. The Sabres won’t search for a new hockey president.

Murray, who was hired by LaFontaine on Jan. 9, said he was on the same page with his boss. LaFontaine wasn’t involved in Friday’s blockbuster Ryan Miller trade with St. Louis, he said.