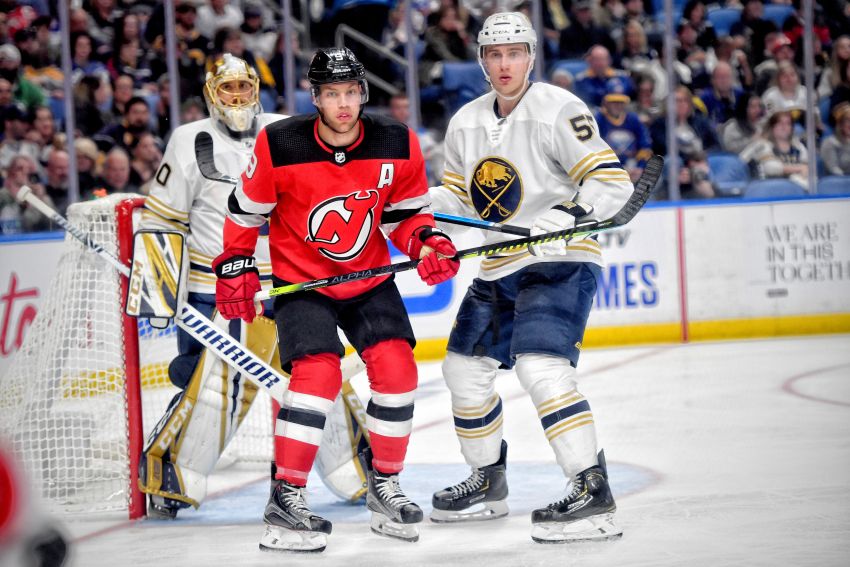 Reports materialized last week the Sabres would pursue slick winger Taylor Hall, one of the most coveted players on the market. Still, few expected a team mired in an embarrassing nine-year playoff drought could lure the former Hart Trophy winner.

It appeared if general manager Kevyn Adams wanted to dramatically improve the Sabres, he would have to do so by making trades.

But tonight, in a stunning move, Hall picked the Sabres over his other suitors, signing a one-year, $8 million contract with a team widely regarded as the NHL’s laughingstock.

Clearly, Hall, 28, is betting on his talents. Another dynamic season – he won the Hart Trophy with the New Jersey Devils in 2017-18 – will likely land him a lucrative long-term contract next year.

Hall played one season under Krueger in 2012-13, scoring 16 goals and 50 points in 45 games during the lockout-shortened season.

The Oilers drafted Hall first overall in 2010, the same year Krueger joined the Oilers as an associate coach.

Hall stayed with the Oilers until 2017, when they traded him to the New Jersey Devils. A 39-goal, 93-point campaign earned him the MVP award.

But a knee injury dogged Hall in 2018-19, limiting him to only 33 games. Last season, he struggled before New Jersey traded him to the Arizona Coyotes.