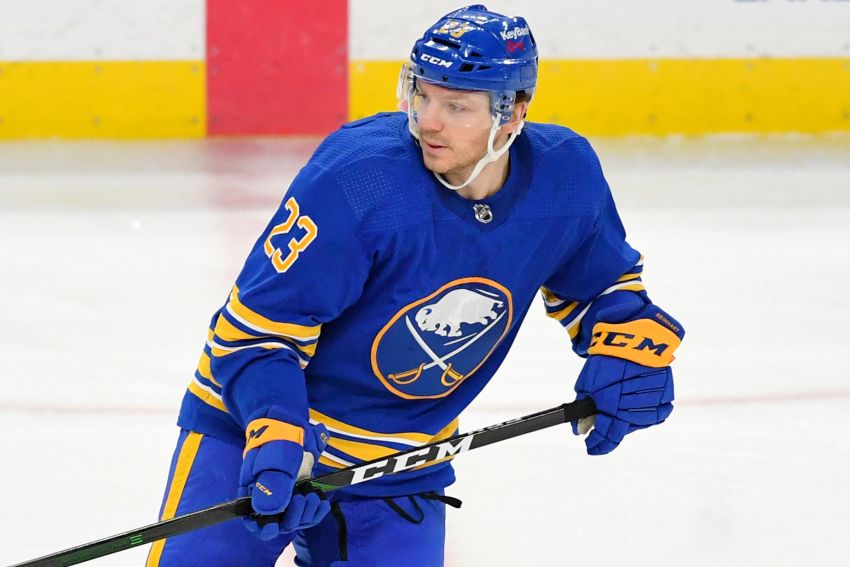 Winger Tage Thompson will replace Reinhart, who was injured in Thursday’s 3-2 overtime loss to the New York Rangers.

Thompson has sat out three straight games and four of the last five as a healthy scratch. Reinhart, meanwhile, hasn’t missed a game since late in 2016-17.

The 6-foot-7, 219-pound Thompson, 23, enjoyed a stellar training camp, earning a spot on the top line beside captain Jack Eichel. But he struggled early, going pointless in four outings. He quickly lost his spot in the lineup.

The American hadn’t played any games in nearly 14 months after injuring his right shoulder and undergoing surgery last year.

“He was out of hockey for longer than anybody here on the roster, so for him to get up to speed on all these things is going to take a little bit more time,” Sabres coach Ralph Krueger said on a Zoom call this morning.

In other lineup news, Krueger said goalie Linus Ullmark will start this afternoon at KeyBank Center, his fifth straight nod.