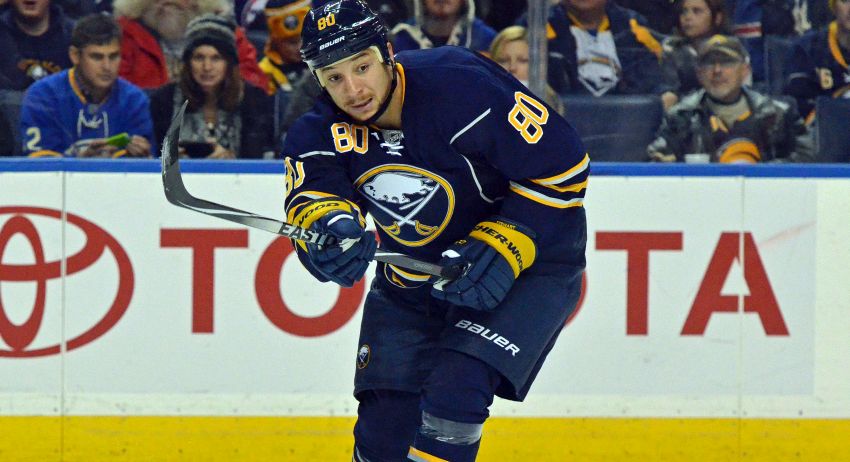 BUFFALO – Forget about last place. How far can the surging Sabres climb up the NHL standings?

The once-hapless club has quickly morphed from an also-ran destined to become one of the NHL’s worst teams ever into a formidable outfit, winning five of the last six games.

Following a weekend sweep of the Montreal Canadiens, the Sabres are enjoying perhaps their best stretch in years entering tonight’s game against the Tampa Bay Lightning inside the First Niagara Center.

Hey, maybe these guys aren’t so bad after all. The Sabres finished November 6-6-1. Their wretched 2-8-1 October is starting to feel like a distant memory.

“I think just our swagger, the way we approach the game, I think it’s been way different lately,” Sabres winger Chris Stewart said Monday. “I think we come before games knowing we can win games, as opposed to earlier in the year we weren’t really sure what team effort we were going to get for the night.

“I think, to a man, it’s been 60 minutes of compete. The boys battle. You can see it’s a total different life and energy in our game. I think that’s the big difference so far.”

“We’re slowing pecking at it, and now, all of a sudden, you start seeing it. Can we get better? I certainly believe we can.”

The Sabres can certainly play much better. They still rank 30th in shots against at 36.5 shots a game and shots for at 23.3 shots, almost three fewer than New Jersey.

But there are signs of progress. The Sabres, having just gone 14 periods without allowing an even-strength goal, are playing tighter defensively. They scored 28 goals and allowed 39 in 13 November games. That’s hardly impressive, but considering they scored 12 and allowed 36 in 11 October contests, it shows progress.

Strong goaltending from Jhonas Enroth has buoyed the Sabres. The Swede is 4-1 with a 1.70 goals-against average and .952 save percentage in the last five games.

“He’s been great,” Sabres winger Tyler Ennis said about Enroth. “He’s had some highlight-reel saves. He’s kept us in when we needed him. He’s made those big saves to turn the game around and then we can jump on offense and put it in.”

Ennis added: “When he goes in net, he’s just got that confidence to know he’s going to make a save, and he’s playing with that swagger. He’s having fun just like the rest of us.”

Enroth dazzled throughout Saturday’s 4-3 shootout triumph in Montreal, arguably the Sabres’ most significant victory in years. Against a top team in one of the league’s loudest and toughest arenas, the Sabres, despite getting outshot 44-26, rallied late and eked out an unlikely win.

“I think early in the season we probably lose that game,” said Sabres winger Brian Flynn, who scored a goal and the shootout winner.

Clearly, Nolan’s tinkering has paid off. For more than a month, he switched lines, moving players all over. Eight forwards have already played center and wing.

“We were switching lines all the time for a while, but rightfully so,” said Flynn, who has settled on the left wing beside center Torrey Mitchell and Brian Gionta. “We couldn’t find a way to put the puck in the net. I think we still obviously need to score some more goals.”

The Sabres have scored 21 goals in the last seven games. Three goals a game has become a gold standard in the modern NHL.

“We’re starting to find that chemistry and build off each other,” Stewart, who has two goals in three games, said about winning. “Once that chemistry is there, things just start clicking and happening out there.”

Earlier this season, when the Sabres hit rock bottom, the belief they could turn things around never vanished.

“I think it was more frustrating than anything,” Ennis said. “I think there’s always a learning curve. I think we’re learning and we’re adjusting and we’re playing much better.”

Nolan added: “I’ve never in my life ever went into a game thinking I couldn’t win. I think that’s the attitude you’ve got to have. If you have the right belief factor combined with the right preparation and the right work and the determination – all those type of things – good things usually happen.”