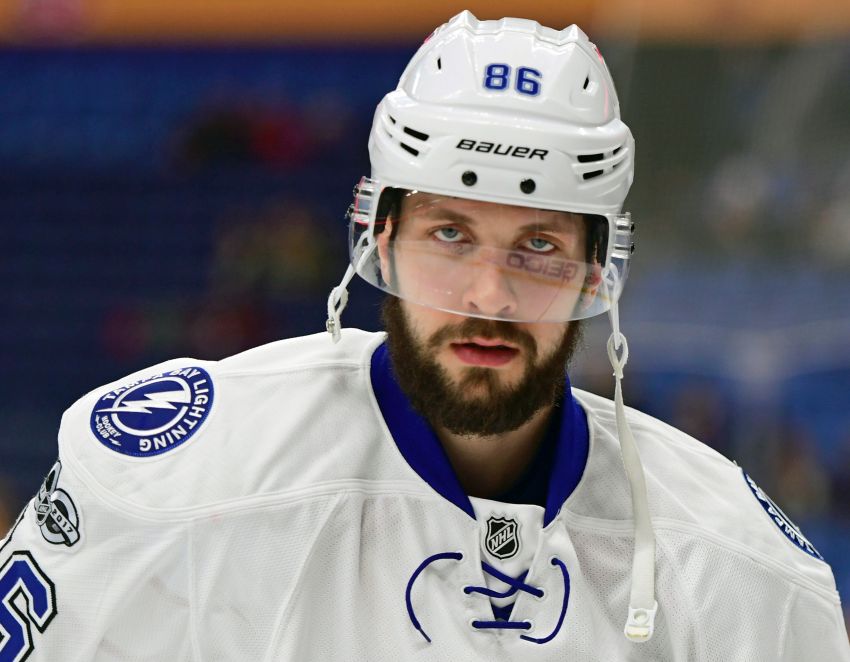 His young superstar, winger Nikita Kucherov, arrived in town in July – “Nobody comes to Tampa in July,” Cooper said – and seemingly wouldn’t stop working out.

“I was concerned that he’d be burned out, and all he did was work,” Cooper said this morning inside KeyBank Center.

Following his first 40-goal campaign in 2016-17, Kucherov, even with a four-game goal drought, is on pace for 61 scores this season.

“He just works at his game,” Cooper said. “And it’s all that stuff nobody ever sees, now you’re seeing. Somebody asks a question, ‘How’s he doing it?’ Well, that’s how he did it. It just didn’t come.

“Does he have God-given talent? Yes, he does. But has he taken it to a different level? He did because he works at his game. It’s impressive.”

Over his career, Stamkos has possessed a shoot-first mentality, compiling 331 goals and 287 assists. This season, however, Stamkos has become the NHL’s best setup man between Kucherov and Vladimir Namestnikov.

Incredibly, Stamkos has a league-high 26 assists and 36 points entering tonight’s tilt against the Sabres.

“Not all these assists are coming strictly off Kooch,” Cooper said. “Vladdy’s got double digits in goals. … If there’s probably one thing, I don’t think the pressure’s on Stammer to shoot as much, which is now is producing a lot more assists than goals.”