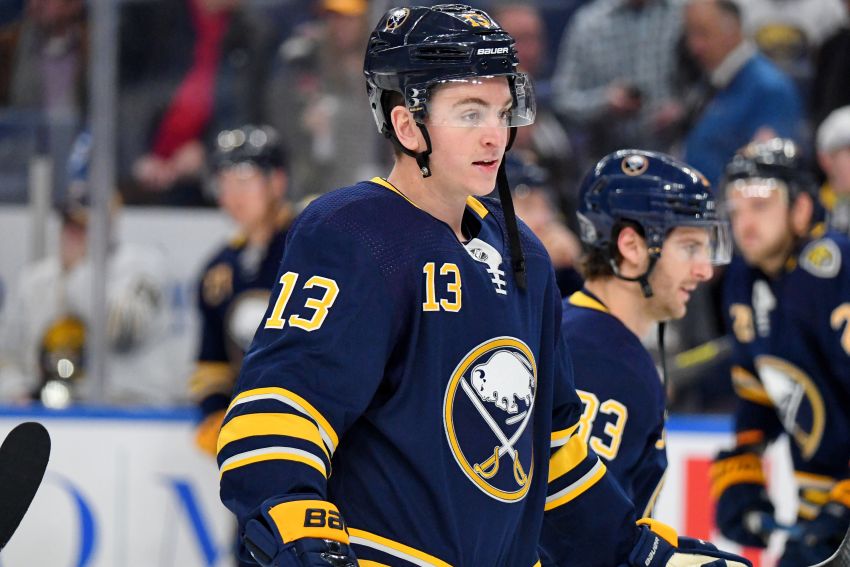 BUFFALO – The Sabres’ season certainly turned quickly. Two weeks ago today, they stood six points out of a playoff spot and acquired forwards Dominik Kahun and Wayne Simmonds before the trade deadline.

How bad is it getting? The Sabres haven’t dropped seven straight contests in regulation since their marathon 14-game losing streak halfway through the 2014-15 season. That, of course, was the second tank season.

Still, there are some encouraging signs.

The Sabres, who host the powerhouse Washington Capitals tonight at KeyBank Center, have consistently stayed in games until late. While they’ve scored just 10 goals during their skid, they started generating opportunities in Saturday’s 3-1 road loss to the Philadelphia Flyers, pumping 39 shots on goal.

The Sabres clearly haven’t quit on what has become another lost season.

“It’s easy to maintain the motivation because of the group that’s in there,” Sabres coach Ralph Krueger said this morning. “They’re not giving up on our process, which is very encouraging from a coaching perspective. You feel the energy of the group, they feed on it just as much as they feed on yours. It’s in both directions.

“I find we’re extremely disappointed with what’s happened here in the last few weeks result-wise. But somehow there seems to be some light there on the plan that we want to execute, the style of play we need to turn into a given.”

He added: “There are a lot of things to grab on to. Above all, the work ethic and the commitment here to take each game as an individual game and try to make something special out of each game day right now, the buy-in’s still 100% there. I felt it this morning again.”

The Sabres will make one change up front, inserting winger Jimmy Vesey for Michael Frolik. Vesey, a healthy scratch Saturday, skated with Simmonds and center Curtis Lazar this morning.

Krueger liked what he saw Saturday after mixing up his lines. Most notably, he put winger Jeff Skinner back beside center Jack Eichel and Sam Reinhart.

“We felt there were some good things happening with that lineup and really want to take another look at it today,” Krueger said.

The Sabres have beaten the Capitals just once in their last six meetings (1-5-0). Capitals superstar Alex Ovechkin is just three goals shy of his ninth 50-goal season.