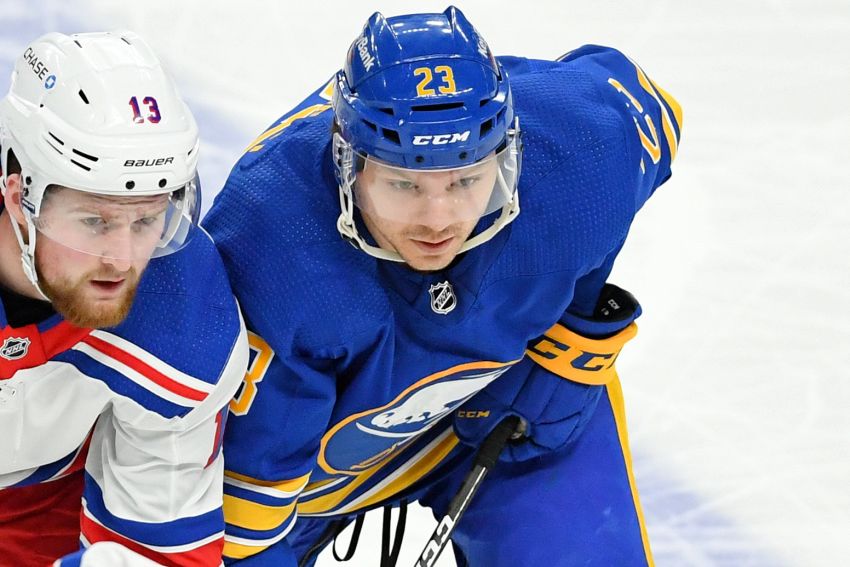 The Sabres will be staying at home today and plan to fly to New York on Tuesday morning for their 6 p.m. game against the Islanders.

With Winter Storm Orlena battering parts of the New York City area, most flights in and out the region have been canceled.

The Sabres planned to travel to New York this afternoon. Instead, they practiced inside KeyBank Center.

Coach Ralph Krueger said the Sabres aren’t concerned about the game being postponed.

“We would’ve not touched the ice today, so now we will just leave out the pregame skate tomorrow,” he said.

He added: “Sometimes a shakeup or a mix-up kind of brings a refreshing entry into a road game. So we’ve definitely embraced this situation.”

In other news, Krueger said winger Sam Reinhart, who did not practice today, will accompany the Sabres on their four-game road trip. An upper-body injury has sidelined Reinhart the last two games.

Meanwhile, Henri Jokiharju practiced among the Sabres’ regular defensemen. An upper-body injury has shelved the Finn three of the last four contests.

If Jokiharju plays, defenseman Matt Irwin would likely be scratched. Defenseman Will Borgen, who’s on the taxi squad, also practiced with the Sabres today.