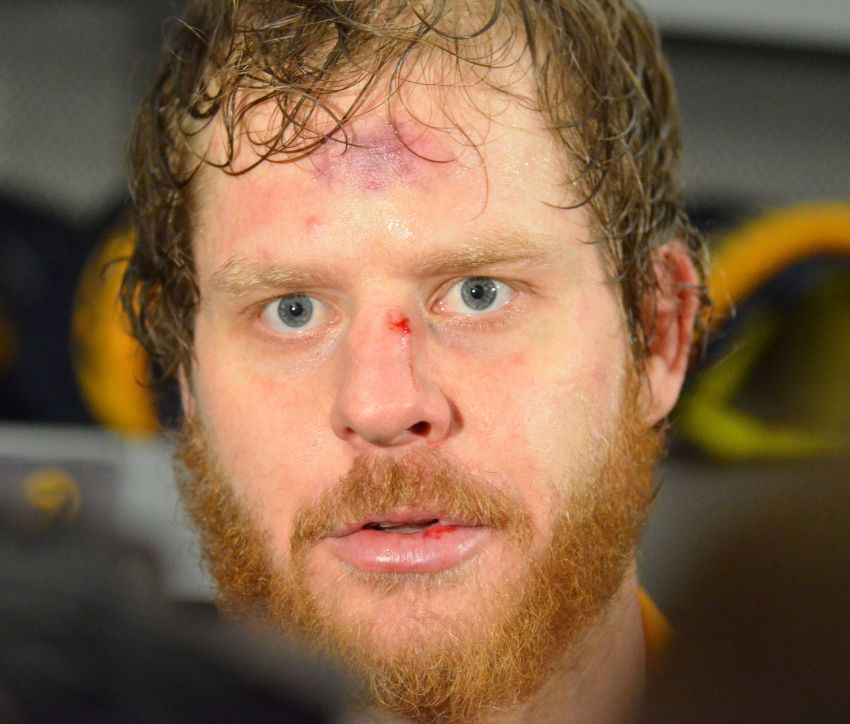 So, how badly do you want those ugly slug jerseys back, Buffalo Sabres fans?

Yes, the Sabres will apparently wear that during games in the upcoming season.

After months of teasing fans by tweeting small photos of the team’s new third jersey, the Sabres’ “unveiling” hit its crescendo today.

How did this all go down? Well …

After the Sabres tweeted a blue swatch, drawing the ire of, well, just about the entire Internet,  fun-loving winger Steve Ott feigned some impatience, tweeting the following:

Uncle, This is ridiculous! How about just releasing the jersey??? @BuffaloSabres

@otterN9NE Hi Steve, we appreciate your excitement for the jersey, but we have a lot more pics to go before we unveil!

Ott countered with this later:

I'm sharing if you don't @BuffaloSabres #FansWantToSeeIt pucks in your rink! Boom. I'll give you 10 minutes.

.@otterN9NE Steve, thanks again for your interest, but we have the only two jerseys and they're under lock and key. #FortKnox

At this point, some people realized (not me!) Ott was in on the reveal:

Or maybe it's 1 big ploy by @BuffaloSabres & @otterN9NE to steal market share on #Bills day. "Captain takes on own marketing folks, wins."

Following Ott’s payoff tweet, he showed off the back:

And here's the back @BuffaloSabres pic.twitter.com/p8zi0I9PVM

What do we have? A jersey it appears no one likes.

A sampling of the harsh reaction:

With all the talk about the Sabres' lack of toughness, not sure why you'd give them a jersey that makes them literally yellow-bellied.

Of course, there are some other theories out there:

I think the #sabres have third jerseys yet to be introduced. #playinggames