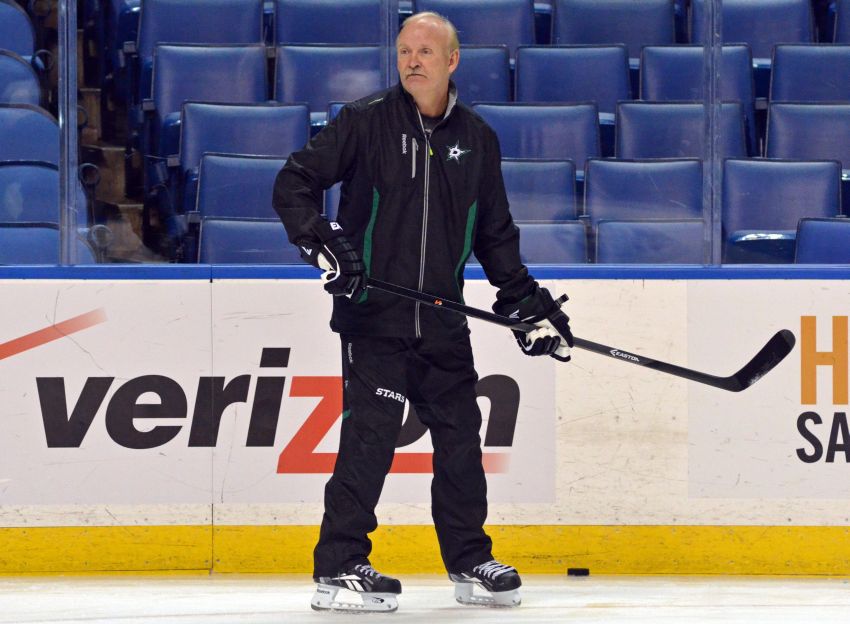 At times, the Dallas Stars’ coach still refers to the Sabres, the team he coached for 15 seasons, as “we.”

“I’ve slipped up the odd time with that one,” Ruff, whose Stars face the Sabres tonight, said this afternoon inside the First Niagara, his first visit back since his Feb. 20 dismissal.

Can Ruff, who also played 10 seasons for the Sabres and captained them, still root for them?

Naturally, walking into the building this morning was odd.

But Ruff expects special feelings tonight. The Sabres are reportedly planning to recognize him in some way.

“I have nothing but good memories,” Ruff said. “I think it’ll be a warm reception. We need to win a game. We’ve had our share of ups and downs.”

So far, Ruff’s Stars are 4-5-1, last in the Central Division. He enjoys a strong relationship with general manager Jim Nill and ownership and has adjusted to Texas.

Of course, the Stars have struggled a bit. But they still have two more wins than the rebuilding, reeling Sabres, who dealt co-captain Thomas Vanek to the New York Islanders late Sunday.

Still, Ruff, who said he texted Vanek, sees a bright future for the Sabres.

“I understand where they’re at,” Ruff said. “It’s tough to see where the team is at in the standings. But I watch these players play and how some of these young players play, and I think there’s a lot of promise there.”

Ruff said he spoke to a few Sabres, including goalie Ryan Miller, a “funny feeling” that felt a bit “awkward.”

“A few of us were able to say ‘hi’ to him quick,” Sabres winger Drew Stafford said. “Besides that, it’s all business now. We’re focused on having a great game tonight, trying to win.”

What are Stafford’s memories of Ruff?

“Lot of ups, lot of downs, been through a lot,” he said. “Made playoffs, missed playoffs. Some fun times, some not-so-fun times.”