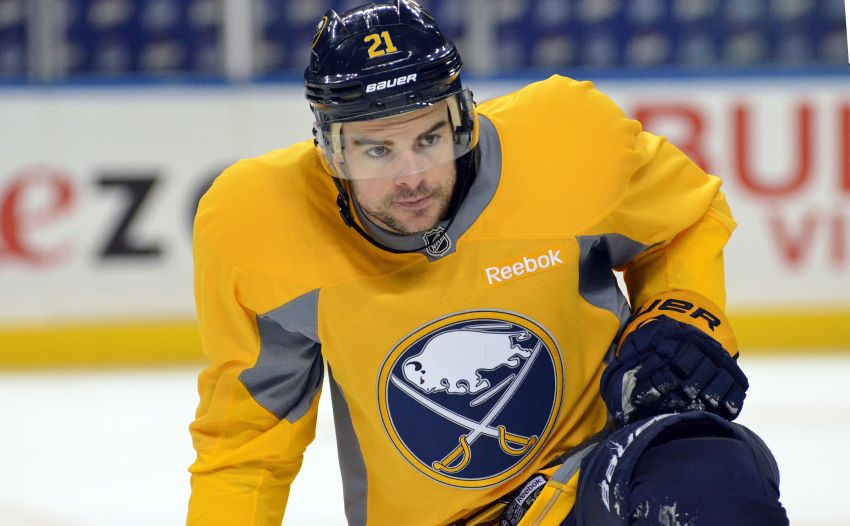 Stafford assembled his awful numbers in 46 contests this season. The 27-year-old scored his first goal in the Sabres’ 15th game. He was a healthy scratch twice. Rookie Brian Flynn equaled his goal output in 20 fewer appearances.

Then Stafford, a team-worst minus-16, bottomed out this season, becoming a poster boy for the Sabres’ struggles.

“(I have) that expectation from myself to carry over from the previous two years and continue to have a production goal-scoring wise,” Stafford said last week inside the First Niagara Center. “It just wasn’t there this year. That’s something obviously I’m going to focus on during the summer.”

But will Stafford return for an eighth season?

It’s believed the Sabres tried moving him prior to the April 3 trade deadline. Would the Sabres eat his hefty contract?

Clearly, with a large salary and anemic numbers, his value isn’t high.

“I am not sure, and that’s not something that I can control or I have power over,” Stafford said when asked what the future holds for him. “All I can worry about and focus on is trying to get better as a hockey player and continuing to grow and to help this team get to where it needs to be.”

Throughout his struggles, Stafford was adamant he wants to stay and become part of the solution. Any rumors about him wanting out, he said earlier this season, aren’t true.

“Well, I signed a contract here and I want to be here,” Stafford said Saturday as the 12th-place Sabres cleaned out their lockers after missing the playoffs again. “I mean, I made that commitment and that’s something I do want to fulfill. I want to be successful here. I want to help this team be successful. That’s something that I can’t focus on as far as where I’m going be to be, what management’s going to do.

“I’m 100 percent focused on trying to get better and trying to find what it takes to help this team get to the next level.”

But that might’ve been his season highlight.

He ended the season decently, compiling five points during a four-game point streak in late April.

“I think for how this season went, how frustrating it was, the challenges that were there, to be able to stick with it and battle through that, I do take a little bit of solace in that,” Stafford said. “I’m happy, but at the same time, ultimately we failed again in missing the playoffs and overall. There are a few positives you can take out of it, but the big picture is once again, like I said, missing the playoffs, there’s no excuse for that.”

Still, the assistant captain believes the trying campaign has made him a better player.

“I believe so for how difficult it was, lack of production and a lot of adversity and the ups and downs and a lot of changes that have been going on here, I mean, it was extremely challenging, but, in the end, I think it’s made me a lot stronger,” Stafford said.

Sabres general manager Darcy Regier said Monday he plans to have contact talks with winger Steve Ott and tough guy John Scott. Ott has one year left on his deal. Scott will be an unrestricted free agent. Both just finished their first seasons in Buffalo.