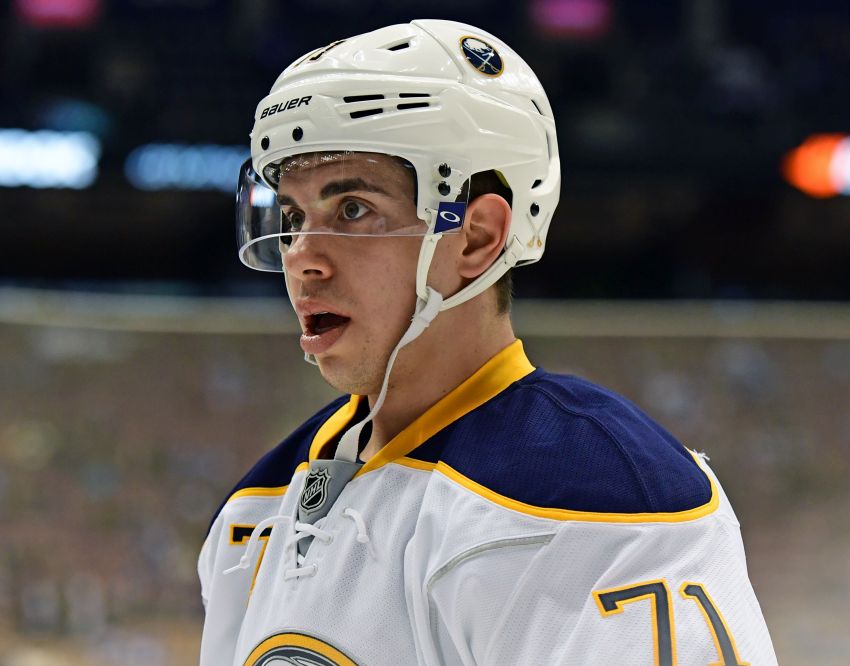 BUFFALO – A 28-game run in which Evan Rodrigues emerged as the Sabres’ biggest late-season surprise hardly made the young center feel comfortable in the NHL.

“If you kind of relax and take it easy a little bit, there’s a guy right behind you wanting to take your spot,” Rodrigues said after recording two assists in Monday’s 3-2 preseason overtime loss to the Carolina Hurricanes.

So Rodrigues, who already possessed notable speed, spent the summer trying to get faster.

“That was the one thing I really put all my focus on,” Rodrigues said.

His fleet feet were noticeable throughout Monday’s exhibition opener, a game Derek Ryan won 2:19 into overtime inside KeyBank Center.

In what Rodrigues called “the new-age NHL,” speed is an asset every player needs.

“Guys used to be able to skate up and down the wing, put the puck in the net,” he said. “Now they can do that but make plays at the same time. You got to be able to keep up.”

Rodrigues said he hired a new trainer and mostly laid off weight training to focus on becoming more explosive.

Given Rodrigues finished last season strongly as the Sabres’ third- or fourth-line center, he probably had an inside track for a roster spot out of training camp. Still, because of his history, he doesn’t feel he has anything locked up.

“I feel like I’ve always been an underdog my whole life,” Rodrigues said.

Rodrigues, undrafted and undersized at 5-foot-10, only emerged as an NHL prospect during a 61-point senior season at Boston University in 2014-15.

These days, however, Rodrigues believes he’s “starting to catch up.”

“My pace is there, my speed’s there,” he said. “I’ve always felt like I had a brain for the game, so I’m just trying to show that to the people in the stands.”

Rodrigues is also trying to show a new coach, Phil Housley, who said the youngster has looked “terrific” early in camp. Housley, of course, wants to showcase an aggressive attack.

“You could see tonight he’s very poised with the puck, his lateral movement’s really good,” said Housley, who also plans to use Rodrigues at wing, his regular spot most of his career. “He had a couple quality chances, made a heck of a play on the first goal.”

“It’s something we can build around as a group,” he said. “The Buffalo represents everything we want to be, fast and powerful.”

Notes: Sabres winger Kyle Okposo, who missed the final two weeks of last season after suffering a scary concussion, played his first game since March 27. “I actually felt pretty good,” Okposo said. “I felt like the pace of camp has helped me over the first three days, just kind of getting me ready for this.” … Sabres forward prospect Cliff Pu, a junior scoring star with the Ontario Hockey League’s London Knights, made his NHL exhibition debut, recording the second assist on Griffith’s goal. … Sabres goalie Robin Lehner played the first 40 minutes before Linus Ullmark relieved him. … The Sabres announced a crowd of 16,310. … The Sabres play the Pittsburgh Penguins tonight at Pegula Ice Arena on the Penn State campus.