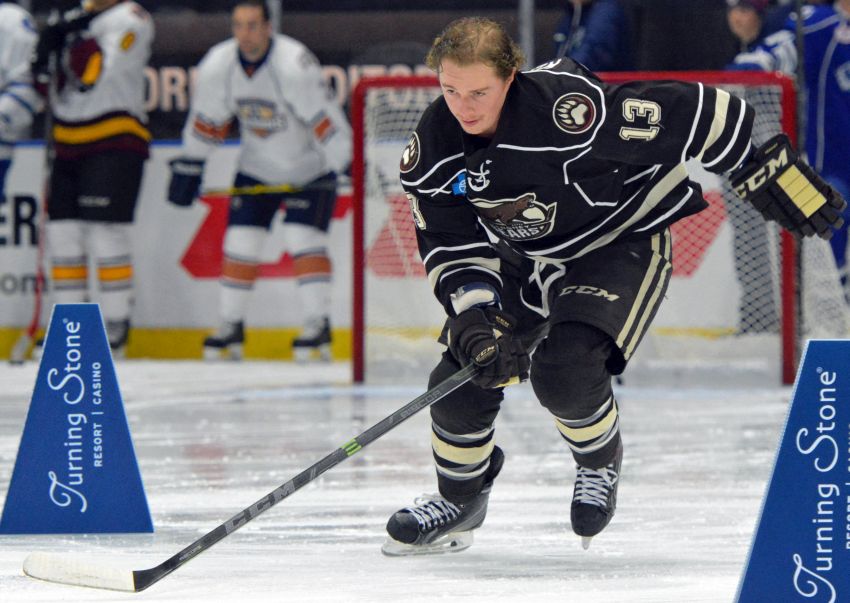 For the first time in his seven-year career, South Buffalo native Tim Kennedy spent an entire season in the minors.

Sure, the popular former Buffalo Sabres forward still enjoyed a strong campaign with the Hershey Bears in 2014-15, earning an AHL All-Star Game berth and a $225,000 salary, according to generalfanager.com.

But a season out of the NHL and the recent birth of his twin daughters, Harper and June, changed Kennedy’s outlook on his career. The 29-year-old decided he needed to earn more money.

“Now I’m trying to set them up for their future,” Kennedy said by phone Wednesday.

When a big one-year offer from Nizhnekamsk Neftekhimik, a team in Russia’s Kontinental Hockey League, materialized, Kennedy couldn’t turn it down. The deal was announced Tuesday.

“It just kind of fell on my lap, this offer from this team,” Kennedy said. “The money they were offering was kind of too good to pass up.”

Still, Kennedy, a veteran of 162 NHL games, wrestled with the decision. For now, he plans to go by himself to Nizhnekamsk, a city of about 230,000 in central Russia he has been assured is safe. His wife, Janelle, and their daughters, who just turned four months old, could eventually join him.

But he’s prepared to spend the season away from them.

“Obviously, it’s going to be tough to be away from my wife and two daughters,” Kennedy said. “That was just the hardest part about the whole thing.”

Kennedy doesn’t know what to expect in Russia. Training camp opens July 1, but he has been given permission to report July 25. The team doesn’t have many former NHL players, although it’s trying get three North Americans to create an English-speaking line.

“You never know what you’re going to do or how it’s going to be until you get over there,” he said.

Kennedy hasn’t closed the door on his NHL career, which sputtered after the Sabres bought him out following a $1 million arbitration award in 2010. He usually, however, forced himself up for stretches, including a 37-game run with the Arizona Coyotes in 2013-14.

Despite a team-high 59 points with the Bears, the Washington Capitals never recalled him.

“I know that I could still play in the NHL,” Kennedy said. “It’s the same old thing, you got to have kind of the purpose that’s perfect opportunity there. So I don’t know if the opportunity’s going to ever come around again.”