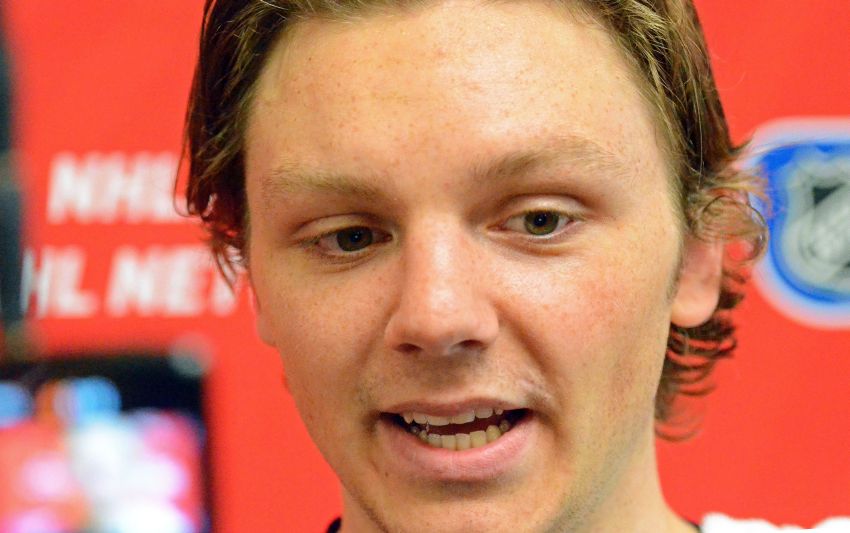 PHILADELPHIA – If the past tells us anything, some of these shiny NHL Entry Draft prospects, the ones expected to save their team’s sagging fortunes after getting picked early tonight, will be busts at the next level.

“We know that one or two of them aren’t going to have an impact in the National Hockey League,” Buffalo Sabres general manager Tim Murray said last week. “It’s which one or two. We hope we know which one or two it is.”

The Sabres, thanks to their horrendous, franchise-worst season, own the No. 2 pick, the first of eight selections they have this weekend at the Wells Fargo Center.

The first round starts the festivities tonight. The odds of snagging a future star second overall are strong. The spot historically yields elite, often franchise-changing talent.

If they keep the No. 1 pick, the Florida Panthers are expected to grab stud defenseman Aaron Ekblad. That would leave the Sabres with their choice of a top center. Murray said last week there’s “a very good chance” the Sabres will take Sam Bennett, Leon Draisaitl or Sam Reinhart, the best pivots available.

It’s believed the Sabres want Reinhart, a superstar with the Western Hockey League’s Kootenay Ice and the No. 3 prospect among North America skaters, according to NHL Central Scouting.

Talk to scouts and others in hockey, and they’ll say the 18-year-old possesses the qualities – leadership, maturity, immense skill and an all-around game – of a future franchise center.

“I know he will,” McGill told the Times Herald by phone last week.

McGill understands Reinhart’s an NHL-ready prospect. His junior days are likely over.

“I think not only does he make players better that play with him, if he was to play at the next level with NHL players, I think that would enhance his game even more just because he sees the game so fast and his anticipation was so high,” McGill said. “If he played right now with an NHL player, he would be a dynamic player.”

Reinhart’s family helped him prepare for tonight. His father, Paul, played 648 NHL games as a defenseman from 1979-90. His brother, Max, is a Calgary Flames center prospect, a 2010 third-round pick. His other brother, Griffin, a defenseman, was taken fourth overall by the New York Islanders in 2012.

“A lot of teams asked if I felt pressure with it,” Reinhart said about his family last month at the NHL Scouting Combine. “To be honest, it’s the same answer every time. I felt no pressure with it in my career. I obviously don’t know what it’s like not having them around. So I try to use that as an advantage.”

The youngest Reinhart could be the best of the bunch. Most top prospects enjoy a monster season in their draft year. Reinhart did, scoring 36 goals and 105 points in only 60 games. But he had a huge campaign as a 17-year-old in 2012-13, compiling 35 goals and 85 points in 72 contests.

“I’ve seen him grow because he’s always had a bulls eye on his back,” McGill said. “What I mean by that is in the last two years he’s always had to play against the two top defensemen, the best lines. You can put a game plan forward as much as you want as a coach, but once the players hit the ice they still have to figure some of that stuff out themselves. They have to figure out the little details and the little nuances of the other team’s best players and try to exploit some of those things. …

“He’s really good at being a student of the game and being on the bench and watching those things, and that shows his maturity to me.”

“He’s very responsible in his own end, very, very aware with that responsibility where to put himself when he doesn’t have the puck, and I think that’s the best thing about his game that I think you can appreciate as a coach is that his awareness defensively is fantastic,” McGill said. “That’s where you know he’s ready for the National Hockey League.”

“You have to hit,” said Murray, who believes next year, when the Sabres have three first-rounders, is a more important draft. “That’s your job.”

Murray has made it no secret he wants another first-rounder, most likely one in the teens or 20s. With those second-rounders, some good veterans entering the final year of their contract (wingers Drew Stafford and Chris Stewart) and a willingness to eat money, he could secure one.

What would be Murray’s “perfect” draft?

“Our first pick is going to be what we consider a very good player,” he said. “Use assets to get back into the first round and pick a player that we feel down the road is going to be a real Buffalo Sabre, size, whatever it is, can play. Hit on one or two of your seconds and hit somewhere later in the draft. I would consider that a very good draft.”