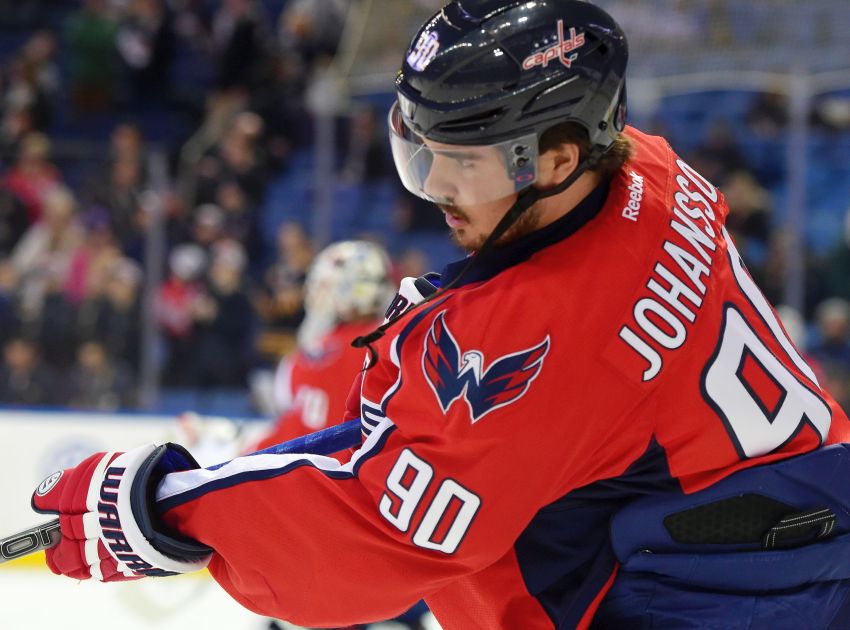 In signing Marcus Johansson to a two-year, $9 million contract on Saturday, the Buffalo Sabres addressed a major need, adding a winger capable of filling a top-six role.

Johansson, 28, can also play center, so he offers the Sabres, who need help down the middle, versatility.

The Swede has played 90 NHL playoff games, more than any other Sabre. He just played 22 contests during the Boston Bruins’ run to the Stanley Cup final.

That was likely alluring to Jason Botterill. Since taking over as general manager two years ago, he has consistently added players with notable postseason experience.

The Sabres, of course, haven’t made the playoffs since 2011, the NHL’s longest streak.

Johansson, the 24th overall pick by the Washington Capitals in 2009, was one of the top free agents left on the market.

While Johansson has mostly played left wing throughout his career, he has spent some time at center.

The 6-foot-1, 205-pound Johansson has compiled 120 goals, 334 points and 84 penalty minutes in 588 career NHL contests. He spent seven seasons with the Capitals before they dished him to the New Jersey Devils in 2017.

Johansson scored 12 goals and 27 points in 48 games last season before the Devils dealt him to Boston, where he compiled one goal and three points in 10 regular-season outings. He scored four goals and 11 points during the playoffs.

According to capfriendly.com, the Sabres have $6,665,476 of projected salary cap space and 20 players signed for the upcoming season.

If the Sabres keep Johansson at left wing, he could battle for the second-line spot behind Jeff Skinner with Vesey, rookie Victor Olofsson and Conor Sheary.