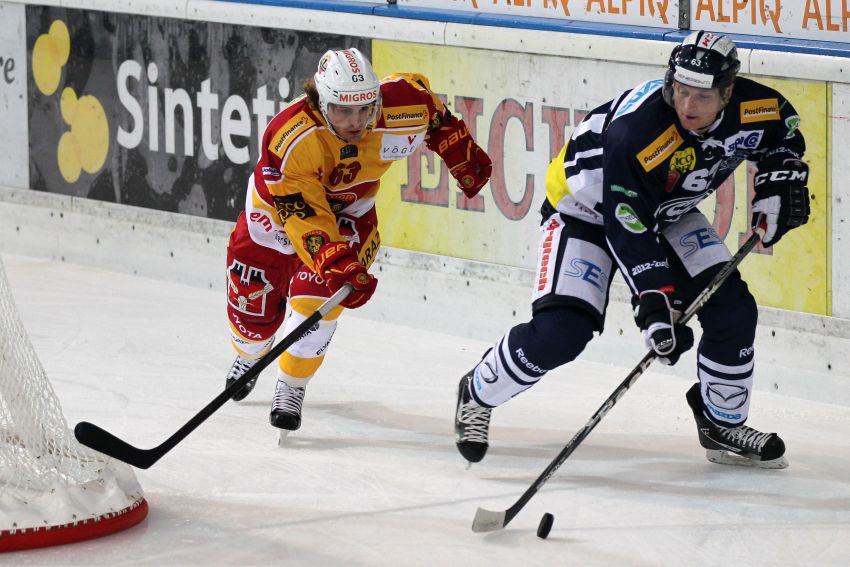 “The (waitress) asked me if I knew what I was eating,” Ennis told the Times Herald on Thursday. “I said no, and then she came back with a pig nose on the plate, and she said, ‘This is what you’re eating.’ That was a little a little bit of culture shock. That was tough, so I stopped eating that meal.”

Other than one odd meal, Ennis enjoyed the two months or so he spent playing for the SC Langnau Tigers, a struggling team in Switzerland’s National League A.

The 23-year-old shared a tiny apartment with his lifelong best friend, Minnesota defenseman Jared Spurgeon, who cooked meals for Ennis with his wife. The Spurgeons even did most of Ennis’ laundry.

“Pretty much like being at home,” said Ennis, who found sleeping in a single bed difficult.

Ennis appreciated his roommates, his team, the league and the Alps’ beauty.

For now, though, Ennis’ Swiss adventure is on hold. He recently returned home to have a nagging shoulder injury re-evaluated.

Ennis stressed the minor bang-up he sustained during his second appearance with Langnau isn’t serious. He plans on skating today.

“(It’s) not bad, but I just wanted to be cautious just in case the season starts, I want to be 100 percent,” Ennis said. “For the most part, if I was playing in the NHL right now, then I’d be playing. But I’m just being careful with it. It’s just a little shoulder issue.”

Ennis missed several games before returning. He compiled three goals, eight points and a minus-8 rating in 10 games. He’s on a month-by-month contract and can go back to the team if he wants.

“It was fun,” he said. “I mean, a little annoying I got a little dinged up and had to miss a few games. But (it’s) a really nice country, a really great group of guys. I kind of went through a losing skid there, but it was good times.”

The losing streak recently cost the coach his job. The Tigers have only made the postseason once in their history since earning a promotion from the B League.

“I was hoping to go there and make an impact,” said Ennis, who feels badly he left the team.

Still, playing for Langnau, a city of less than 10,000 people about 25 minutes from Bern, was a memorable and unique experience.

Ennis has no idea how the rink got packed each night.

Playing in Switzerland felt like a throwback to junior hockey. Players carry their own equipment bags. Teams bus all over the country to small rinks.

“You get treated well,” Ennis said. “We practice at the rink we played at, which was nice. Travel was awesome. Like our longest game would’ve been Davos, so that was only three hours away. …

“I’ve got nothing bad to say about it.”

Ennis, arguably the Sabres’ slickest player, liked skating on the larger European ice surface and facing some of the NHL superstars who’ve found new gigs during the lockout.

“It was cool to play against those guys,” Ennis said. “(It’s a) really good league.”

Nonetheless, it’s not the NHL.

“At this point, everyone’s frustrated,” Ennis said about the 90-day work stoppage. “You know, it’s a process. I’m happy with what our guys are doing. It’s necessary.”